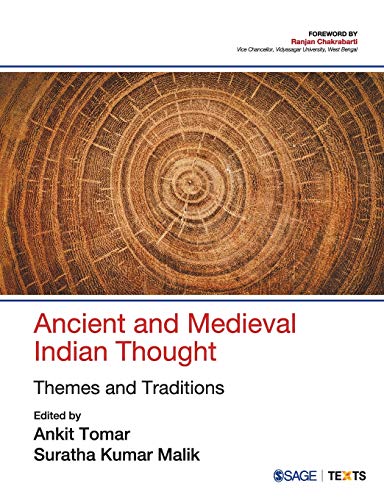 This textbook offers a lucid and comprehensive account of pre-modern Indian thought and traditions.

This textbook offers a lucid and comprehensive account of pre-modern Indian thought and traditions.

The book will serve as a helpful reference for undergraduate and post-graduate students of Political Science, Sociology, History and Social Work.This book can also be useful for UGC NET and Civil Service Aspirants

It aims to unravel the ideas and thoughts of ancient and medieval thinkers and various intellectual traditions of the Indian sub-continent. The book departs from the conventional approach and carries a context-driven conceptualization of major strands of pre-modern Indian thought. Further, it provides a roadmap to orient the students to the main themes and traditions of Indian socio-political thought. Ancient and Medieval Indian Thought will help the reader to understand the basic concepts of Indian political thought and develop a critical understanding of the major themes and issues such as community, state, kingship, culture and religion as perceived by different thinkers.

This multi-authored volume has been designed as a core and invaluable resource for the students, researchers and teachers of political science, sociology and history, and will also be useful for the scholars of other sub-fields of social sciences.

* Concise and well-balanced coverage of thoughts, ideas and traditions from multi-disciplinary perspective