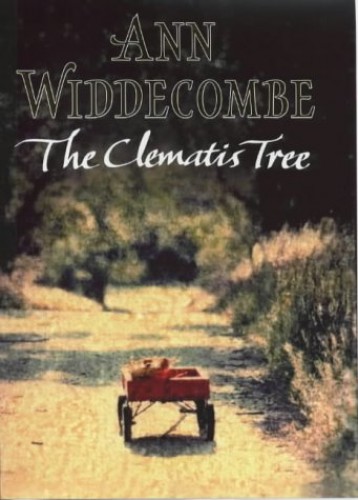 The Clematis Tree
by Ann Widdecombe

The Clematis Tree by Ann Widdecombe

Mark and Claire seem an ideal couple. He is an accountant, she the daughter of a successful businessman. They live in a comfortable middle-class village in Surrey. When the novel opens they are giving a garden party to celebrate their daughter?s baptism. During the party their son Jeremy is knocked down on the road outside when chasing after an escaped rabbit. He survives, but to all intents as a vegetable. Unable to speak, only grunt, incontinent, spoon-fed and propped up each day in front of a television.
The once ideal marriage is troubled by the stress, the pressure caused by Jeremy?s state of health. Mark holds down his job only because the firm for whom he works gets substantial business from his father-in-law. Claire stays at home, looks after her declining son and young daughter and neglects her husband. Mark suggests a holiday on their own. But Claire refuses, because she worries about leaving Jeremy in care. Mark goes to Portugal on his own and meets a young widow with children on the beach. He is tempted to pursue an affair. He considers divorce, but worries about the guilt of leaving Claire with their crippled son.
When her younger sister, Sally, an MP, launches a Private Members? Bill to legalise euthanesia, the Press assumes she is doing it for her sister and besiege Mark and Claire?s home.
All the time Jeremy?s stage of health is in slow decline. But is Jeremy the glue that holds the marriage together, however tenuously? Ann Widdecombe uses the analogy of the dead tree, once the glory of its garden, and now the host for a clematis that once a year covers it in flowers. Jeremy, she says is like the tree, passive; the clematis is the parental love that embraces him.
In the climax to the book, Jeremy?s life reaches a crisis and he dies. What will happen to Mark and Claire?s marriage now? Will they be up to the challenge of rebuilding their marriage without their son?

She has crafted a compelling story about the way a family copes with a catastrophe. The isolation ofthe parents within an apparently loving family is acutely observed

GOR002527393
The Clematis Tree by Ann Widdecombe
Ann Widdecombe
Used - Very Good
Hardback
Orion Publishing Co
2000-04-13
277
0297645722
9780297645726
N/A
Book picture is for illustrative purposes only, actual binding, cover or edition may vary.
This is a used book - there is no escaping the fact it has been read by someone else and it will show signs of wear and previous use. Overall we expect it to be in very good condition, but if you are not entirely satisfied please get in touch with us.