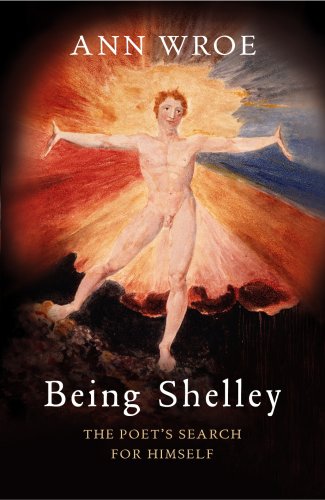 Being Shelley
by Ann Wroe

In Stock
$17.49
inc. GST
Takes the life of one of England's greatest poets and turns it inside out. This book tracks the inner adventures of a spirit struggling to escape and create. It presents the life of the poet, rather than the man.
Very Good Well Read
Only 3 left

Being Shelley: The Poet's Search for Himself by Ann Wroe

This book takes the life of one of England's greatest poets and turns it inside out. Rather than following a daily round in which poetry erupts occasionally, it tracks the inner adventures of a spirit struggling to escape and create. This is the life of the poet, rather than the man. Four questions consumed Shelley and coloured everything he wrote. Who, or what, was he? What was his purpose? Where had he come from? And where was he going? He sought the answers in order to free and empower not only himself, but the whole human race. His revolution would shatter the earth's illusions, shock men and women with new visions, find true Love and Liberty - and take everyone with him. Now, for the first time, this passionate and radical quest is put at the centre of Shelley's life. The result is a spiritual journey that is as dangerous and exhilarating as it is astonishing. This is Shelley as he has never been seen before.

Praise for Ann Wroe's "Pontius Pilate
""Sublime... For a long time this book will remain the definitive study of Pilate."
--"The Washington Post Book World
""Compelling, eloquent, and vivid... In a superb blend of scholarship and creativity, Wroe brings this elusive yet pivotal figure to life."
--"The Boston Globe
""A veritable treasure trove of history, legend, fascinating information, and thought-provoking speculation."
--"The Christian Science Monitor
""By turns enchanting, learned, urbane, nimble, touching, caustic, and playful... As a portrait of a flawed man caught up in the adventure of being good, it is both sobering and inspiring. As an indirect portrait of Jesus, it is unique."
--"The Providence Journal
""Triumphant... It is Wroe's achievement that her Pilate, cloaked in infamy, connects at almost every turn, in his humdrum humanity, to her readers."
--Cleveland "Plain-Dealer"

"Intensely imaginative. . . . A biography that reads like poetry itself. . . . Wroe manages to get inside Shelley's head."
--"Providence Journal"
"If you are a fan of Percy Bysshe Shelley, you will love Anne Wroe's "Being Shelley," . . . Her approach topples conventions. . . . She climbs inside his head."
--"The Plain Dealer"
"An extraordinary feat of scholarship. . . . A risky but singularly exhilarating book."
--Richard Holmes, "The Guardian"
"Visionary . . . daring . . . ["Being Shelley"] is anchored gracefully in biographical and textual detail."
--"The Atlantic"
"Enthrallingly readable. . . . A magnificent book from an extraordinarily intuitive and gifted writer. . . . The biographer's achievement is on a par with that of her subject, which is no mean accomplishment indeed."
--"Georgia Review"
"Daringly experimental. . . . Wroe delivers Shelley's imaginative and creative life in all its perplexing brilliance."
--"Booklist "(starred review)

Ann Wroe is the Special Features editor of The Economist. She is the author of four previous works of non-fiction, most recently Pilate: The Biography of an Invented Man, which was shortlisted for the Samuel Johnson Award and the W.H. Smith Award, and Perkin: A Story of Deception. She lives in north London.

GOR001614104
Being Shelley: The Poet's Search for Himself by Ann Wroe
Ann Wroe
Used - Very Good
Hardback
Vintage Publishing
2007-07-05
464
0224080784
9780224080781
N/A
Book picture is for illustrative purposes only, actual binding, cover or edition may vary.
This is a used book - there is no escaping the fact it has been read by someone else and it will show signs of wear and previous use. Overall we expect it to be in very good condition, but if you are not entirely satisfied please get in touch with us.