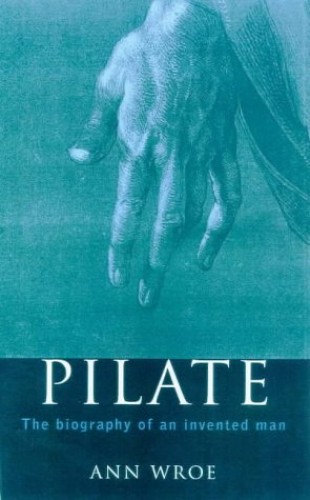 Used Price
$22.49
inc. GST
Free Shipping in Australia
The facts about Pontius Pilate are very few - when he was born and when he died is unknown. Nor is anything known about his career before he became Governeor of Judea, or after he was recalled by Tiberius. This book is about all the Pilates, real, half-real and invented.
Very Good

The facts about Pontius Pilate are very few. We don't know when he was born or when he died. We know nothing of his career before he became Govenor of Judea, and nothing of what happened to him after he was recalled by Tiberius. Some say he came from Rome, others from Spain or Germany. Everyone - from the evangelists to the writers of the medieval mystery plays - has his own Pilate, each symbolic of something, each a projection of his own ideas and anxieties. This extraordinary book is all about our Pilates, real, half-real and invented. Some are familiar, some surprising. They have depths and contrasts that are unexpected. They do remarkable things. Among these surprises, perhaps, are the glimpses we get of a man actually walking on a marble floor in Caesarea, feeling his shoes pinch, clicking his fingers for a slave, while the clouds of lasting infamy gather over his head.

"The sheer skill of the writing... the touch of a master-novelist... Few have ever explored so imaginatively, or with such passionate attention to detail." - "Sunday Telegraph"

"Ann Wroe's knowledge of the past 2,000 years is encyclopaedic--She manages to keep Pilate living and breathing in the text, and occasionally kicking and screaming." - "Independent on Sunday"

Ann Wroe is the American editor of The Economist, and was formerly its literary editor. She is the author of Lives, Lies and the Iran-Contra Affair and A Fool and His Money: Life in a Partitioned Medieval Town.

GOR001703539
Pilate by Ann Wroe
Ann Wroe
Used - Very Good
Hardback
Vintage Publishing
1999-03-18
400
0224059424
9780224059428
Short-listed for WH Smith Literary Prize 2000 Short-listed for WH Smith Annual Literary Award 2000 Short-listed for Samuel Johnson Prize for Non-Fiction 1999
Book picture is for illustrative purposes only, actual binding, cover or edition may vary.
This is a used book - there is no escaping the fact it has been read by someone else and it will show signs of wear and previous use. Overall we expect it to be in very good condition, but if you are not entirely satisfied please get in touch with us.