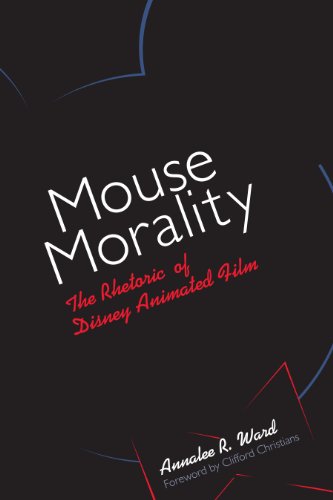 Ward uses a variety of analytical tools based in rhetorical criticism to examine the moral messages taught in five recent Disney animated films.

Kids around the world love Disney animated films, and many of their parents trust the Disney corporation to provide wholesome, moral entertainment for their children. Yet frequent protests and even boycotts of Disney products and practices reveal a widespread unease with the sometimes mixed and inconsistent moral values espoused in Disney films as the company attempts to appeal to the largest possible audience.

In this book, Annalee R. Ward uses a variety of analytical tools based in rhetorical criticism to examine the moral messages taught in five recent Disney animated films-The Lion King, Pocahontas, The Hunchback of Notre Dame, Hercules, and Mulan. Taking the films on their own terms, she uncovers the many mixed messages they purvey: for example, females can be leaders-but male leadership ought to be the norm; stereotyping is wrong-but black means evil; historical truth is valued-but only tell what one can sell, etc. Adding these messages together, Ward raises important questions about the moral ambiguity of Disney's overall worldview and demonstrates the need for parents to be discerning in letting their children learn moral values and life lessons from Disney films.

"Through the worldview perspective, this book comes to grips with the incongruous moralities in Disney. It enables both parents and educators to gain a critical understanding of Disney content without being judgmental or promotional for the wrong reasons.... Mouse Morality is a pleasure to read and discuss in itself, but shows the pathway to media criticism of the first order." - from the Foreword
ANNALEE R. WARD is Chair and Associate Professor of Communication Arts at Trinity Christian College in Palos Heights, Illinois.
GOR011355175
9780292791534
0292791534
Mouse Morality: The Rhetoric of Disney Animated Film by Annalee R. Ward
Annalee R. Ward
Used - Like New
Paperback
University of Texas Press
2002-12-01
200
Winner of Clifford G. Christians Ethics Research Award, sponsored by the Carl Couch Center for Social and Internet Research 2004 (United States)
Book picture is for illustrative purposes only, actual binding, cover or edition may vary.
The book has been read, but looks new. The book cover has no visible wear, and the dust jacket is included if applicable. No missing or damaged pages, no tears, possible very minimal creasing, no underlining or highlighting of text, and no writing in the margins
Trustpilot