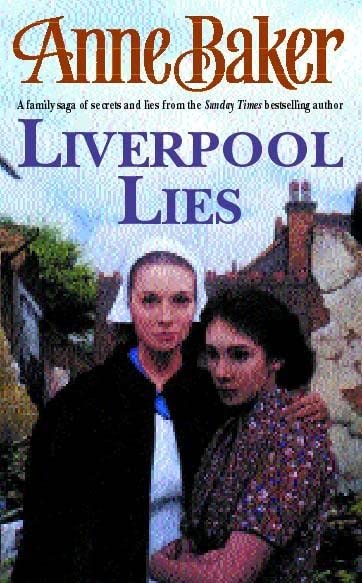 Liverpool Lies: One war. Two sisters. A multitude of secrets. by Anne Baker

It is 1941 and Connie and Lottie Brinsley are training to be nurses at Liverpool's Walton Hospital. When heavy bombing is followed by the news that their home has taken a direct hit and their parents and little brother are dead, the two sisters are utterly devastated. Later, they are shocked to discover that their uncle, Steve, is not who they thought he was, and the Brinsleys have been living a lie for years. And Steve's not the only one who's hiding the truth, for when Lottie meets and marries Waldo Padley, no one tells her that he's a liar and a cheat. But, no matter what life throws at them, the sisters find the strength to face the troubles ahead...

Praise for Anne Baker's previous Merseyside sagas: 'A stirring tale of romance and passion, poverty and ambition * Liverpool Echo *
A compelling book that you just don't want to put down * Southport Visiter *
A gentle tale with all the right ingredients for a heartwarming novel * Huddersfield Daily Examiner *
Another nostalgic story oozing with atmosphere and charm * Liverpool Echo *

Anne Baker trained as a nurse at Birkenhead General Hospital, but after her marriage went to live first in Libya and then in Nigeria. She eventually returned to her native Birkenhead where she worked as a Health Visitor for over ten years before taking up writing.

GOR003426046
Liverpool Lies: One war. Two sisters. A multitude of secrets. by Anne Baker
Anne Baker
Used - Very Good
Paperback
Headline Publishing Group
2000-11-02
448
0747264368
9780747264361
N/A
Book picture is for illustrative purposes only, actual binding, cover or edition may vary.
The book has been read but remains in clean condition. All pages are intact and the cover is intact. Some minor wear to the spine.