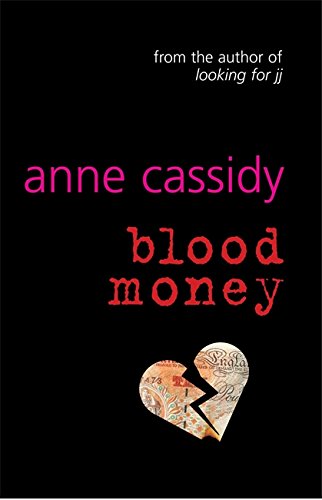 Jaz and Jack have a secret they're hiding from Bobby - they have fallen in love - or so Jaz likes to believe. But this secret fades into insignificance when Jack finds a bag full of money abandoned in a house near to his. The house had been raided by the local mafia, and someone had stupidly left behind the loot. It's a massive amount of money and Jack takes it without thinking about the consequences. All he knows is that this money means freedom, it means a life beyond the estate. He is sure Jaz and Bobby will feel that, too.

But someone else is after the money and Jack is in big trouble. Frightened, he convinces Jaz to hide it in her grandma's attic - they can take it bit by bit ... But Jaz is uneasy, not only with hoarding the illegal booty, but also with Jack's new attitude to her - all of a sudden he is blowing hot and cold ... has Jack got a secret of his own?

Jaz doesn't know who to trust, all she knows is that she feels like the net is closing and she wishes she'd never heard of the money...

Anne Cassidy has an established reputation in the world of young adult fiction. She has published several titles for Scholastic, including the East End Murders series for Point Crime as well as her stand alone novels, Talking to Strangers and the Hidden Child, which was shortlisted for the Carnegie Medal in 1998. Looking for JJ, published in 2004 has received great acclaim and been shortlisted for many of the major awards, The Guardian Fiction Prize and the Carnegie Medal included, and was winner of the 2004 Booktrust Teenage Prize Award. Anne draws closely on her background and adolesence growing up in East London for her novels, and always writes about issues and characters that are close to her heart. She lives in London with her husband and son.

GOR001988509
Blood Money by Anne Cassidy
Anne Cassidy
Bite
Used - Very Good
Paperback
Hachette Children's Group
2003-03-13
208
0340950765
9780340950760
N/A
Book picture is for illustrative purposes only, actual binding, cover or edition may vary.
This is a used book - there is no escaping the fact it has been read by someone else and it will show signs of wear and previous use. Overall we expect it to be in very good condition, but if you are not entirely satisfied please get in touch with us.