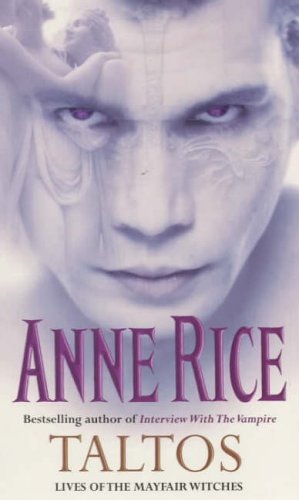 In Stock
$14.49
inc. GST
The Mayfair Witches face an unimaginable new threat: the Taltos - the giant race gifted with preternatural knowledge, who breed in minutes and live for centuries.
Very Good Good
7 in stock

Taltos: :Lives of the Mayfair Witches by Anne Rice

The Mayfair Witches face an unimaginable new threat: the Taltos - the giant race gifted with preternatural knowledge, who breed in minutes and live for centuries. The race that spawned the monster-innocent Lasher, who gave the witches their power and almost destroyed them. Unknown to the Mayfairs, another Taltos still lives: the legendary Ashla, who has done and suffered so much down the centuries. Now a frantic dance speeds them all from the dawn of history and the Dark Ages to high-tech New York, from sensuous New Orleans to Stonehenge and the Scottish Highlands, towards their ultimate fate...

"If you surrender and go with her, you will find that you have surrendered to enchantments, as if in a voluptuous dream" * Boston Globe *
"Anne Rice offers more than just a story; she creates a myth" * Washington Post Book World *
"Anne Rice seems to be at home everywhere... She makes us believe everything she sees" * New York Times Book Review *

Anne Rice is the author of more than thirty internationally bestselling books including the Mayfair Witches sequence, Songs of the Seraphim and the Wolf Gift Chronicles. The phenomenon that became the Vampire Chronicles began with Interview with the Vampire in 1976, later made into a film starring Tom Cruise and Brad Pitt, and culminated with Blood Canticle in 2003. Prince Lestat, published in 2014, and Prince Lestat and the Realms of Atlantis, published in 2016, were the first new Vampire Chronicle novels for over a decade. Anne Rice lives in California.

GOR000504186
Taltos: :Lives of the Mayfair Witches by Anne Rice
Anne Rice
Used - Very Good
Paperback
Cornerstone
1995-09-07
528
0099436817
9780099436812
N/A
Book picture is for illustrative purposes only, actual binding, cover or edition may vary.
This is a used book - there is no escaping the fact it has been read by someone else and it will show signs of wear and previous use. Overall we expect it to be in very good condition, but if you are not entirely satisfied please get in touch with us.