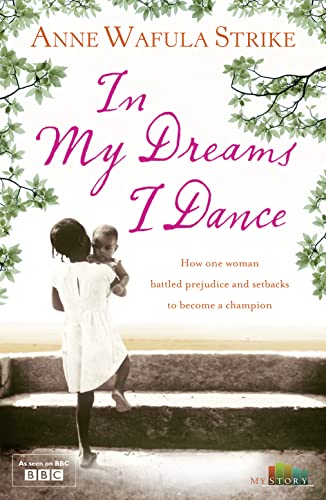 In My Dreams I Dance
by Anne Wafula-Strike

They said it couldn't be done. But Anne Wafula achieved many remarkable things in her life. This is her incredible story.

In My Dreams I Dance Summary

In My Dreams I Dance by Anne Wafula-Strike

They said it couldn't be done. But Anne Wafula achieved many remarkable things in her life. This is her incredible story.

Struck down with polio at the age of two and a half, Anne overcame the prejudice rife in her native village in Kenya, where neighbours believed she was cursed and called her a snake because of her disability, which left her paralysed below the waist.

Losing her mother at a tender age, and sent to a school far away from home, she achieved fantastic academic results, amidst the challenges of a military coup. She went to university and qualified as a teacher, and fell in love with a British man who truly valued her defiant spirit.

She moved from a world with no running water to make a life for herself in modern Britain. Where, against all odds, she bore a child, and went on to be the first East African to compete in her sport internationally. Anne is currently in further training, and will be representing Great Britain at the 2012 Paralympics, where she has been tipped as one of our top hundred hopefuls.

Meet Anne Wafula, a woman whose determination knows no bounds.

ANNE WAFULA-STRIKE was born in a mud hut in a little village in western Kenya. At the age of two and a half she contracted polio. The virus left her paralysed below the waist and she spent the next twenty-eight years struggling to get around on callipers and crutches (wheelchairs are not widely available in Kenya). She graduated from university with a degree in education and then met her husband-to-be, Norman, a British man teaching in Kenya. They married and settled in the UK and now have a son together. In 2004 Anne represented Kenya in the Paralympics. In 2012 she will be representing Great Britain. She has recently been named as one of the Guardian's one hundred hopefuls for 2012.

GOR002165568
In My Dreams I Dance by Anne Wafula-Strike
Anne Wafula-Strike
Used - Very Good
Paperback
HarperCollins Publishers
2010-09-15
288
0007354282
9780007354283
N/A
Book picture is for illustrative purposes only, actual binding, cover or edition may vary.
This is a used book - there is no escaping the fact it has been read by someone else and it will show signs of wear and previous use. Overall we expect it to be in very good condition, but if you are not entirely satisfied please get in touch with us.