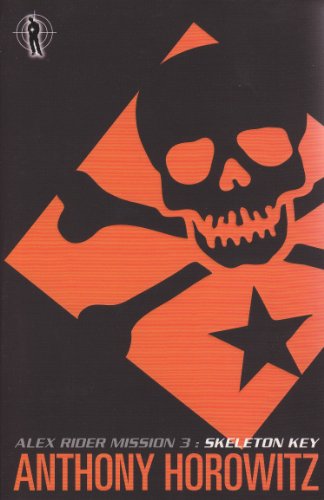 Anthony Horowitz is the author of the number one bestselling Alex Rider books and The Power of Five series. He has enjoyed huge success as a writer for both children and adults, most recently with the latest adventure in the Alex Rider series, Russian Roulette and the highly acclaimed Sherlock Holmes novel, The House of Silk. His latest novel, Moriarty, is also set in the world of Sherlock Holmes and was published in October 2014. Anthony was also chosen by the Ian Fleming estate to write the new James Bond novel which will be published this year. Anthony has won numerous awards, including the Bookseller Association/Nielsen Author of the Year Award, the Children's Book of the Year Award at the British Book Awards, and the Red House Children's Book Award. In 2014 Anthony was awarded an OBE for Services to Literature. He has also created and written many major television series, including Injustice, Collision and the award-winning Foyle's War.

GOR001008601
Skeleton Key by Anthony Horowitz
Anthony Horowitz
Alex Rider
Used - Very Good
Paperback
Walker Books Ltd
2005-04-01
352
1844280942
9781844280940
N/A
Book picture is for illustrative purposes only, actual binding, cover or edition may vary.
This is a used book - there is no escaping the fact it has been read by someone else and it will show signs of wear and previous use. Overall we expect it to be in very good condition, but if you are not entirely satisfied please get in touch with us.