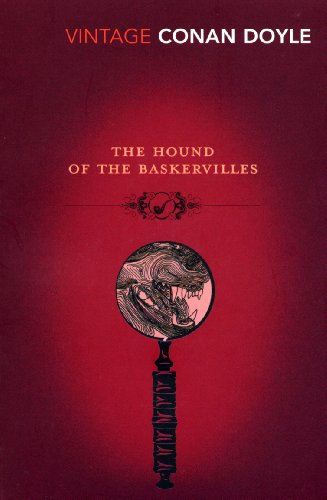 The Hound Of The Baskervilles
by Sir Arthur Conan Doyle

Used Price
$11.99
inc. GST
Free Shipping in Australia
When Sir Charles Baskerville is found dead in the grounds, with a large animal footprint near his lifeless body, the locals are convinced that the hound is back. It is up to Sherlock Holmes and Dr Watson to uncover the truth and keep the new heir to the hall safe from danger.
Reviews:
Trustpilot
Very Good

The Hound Of The Baskervilles Summary

The Hound Of The Baskervilles by Sir Arthur Conan Doyle

This title comes with an introduction by Ruth Rendell includes 'the Adventure Of The Speckled Band.' The Baskerville family curse tells of how a terrifying, supernatural hound roams the moors around Baskerville Hall and preys on members of the family in revenge for a ghastly crime committed by one of their ancestors. When Sir Charles Baskerville is found dead in the grounds, with a large animal footprint near his lifeless body, the locals are convinced that the hound is back. It is up to Sherlock Holmes and Dr Watson to uncover the truth and keep the new heir to the hall safe from danger.

Customer Reviews - The Hound Of The Baskervilles

The Hound Of The Baskervilles Reviews

"Arthur Conan Doyle is unique in simultaneously bringing the curtain down on an era and raising one on another, ushering in a genre of writing that, while imitated and expanded, has never been surpassed" -- Stephen Fry
"I first encountered him through an eccentric maths teacher who would read 'The Speckled Band' and other Conan Doyle adventures to us instead of teaching fractions. He also used to balance chairs on his chin, but that's another story. I'm still fond of Holmes to this day, especially now that I can see him as the crazed, controlling junkie that he clearly was" -- Mark Billingham
"Conan Doyle triumphed and triumphed deservedly, because he took his art seriously, because he lavished a hundred little touches of real knowledge and genuine picturesqueness on the police novelette" -- G.K. Chesterton
"A wonderful Sherlock Holmes story from its sparkling first pages, through its vivid painting of darkest Dartmoor, its undertones of fear of the mind's depths, and on to the triumph of the rational" * The Times *

Sir Arthur Conan Doyle was born on 22 May 1859 in Edinburgh. He studied medicine at the University of Edinburgh and began to write stories while he was a student.Over his life he produced more than thirty books, 150 short stories, poems, plays and essays across a wide range of genres.His most famous creation is the detective Sherlock Holmes, who he introduced in his first novel A Study in Scarlet (1887). This was followed in 1889 by an historical novel, Micah Clarke. In 1893 Conan Doyle published 'The Final Problem' in which he killed off his famous detective so that he could turn his attention more towards historical fiction. However Holmes was so popular that Conan Doyle eventually relented and published The Hound of the Baskervilles in 1901. The events of the The Hound of the Baskervilles are set before those of 'The Final Problem' but in 1903 new Sherlock Holmes stories began to appear that revealed that the detective had not died after all. He was finally retired in 1927. Sir Arthur Conan Doyle died on 7 July 1930.

GOR003011725
The Hound Of The Baskervilles by Sir Arthur Conan Doyle
Sir Arthur Conan Doyle
Used - Very Good
Paperback
Vintage Publishing
2008-09-04
224
0099518287
9780099518280
N/A
Book picture is for illustrative purposes only, actual binding, cover or edition may vary.
This is a used book - there is no escaping the fact it has been read by someone else and it will show signs of wear and previous use. Overall we expect it to be in very good condition, but if you are not entirely satisfied please get in touch with us.