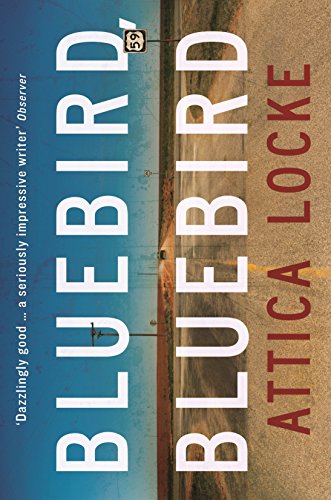 A powerful thriller about the explosive intersection of love, race, and justice from a writer and producer of the Emmy winning Fox TV/Channel 4 show Empire 'Dazzlingly good ... a seriously impressive writer' Observer Southern fables usually went the other way around: a white woman killed or harmed in some way, real or imagined and then, like the moon follows the sun, a black man ends up dead. Highway 59 is the forgotten route that connects the backwood towns across the state of Texas. It's a place that the rest of the country seems to have left behind. But then two bodies wash up in a bayou outside the tiny town of Lark in three days: a well-to-do African-American lawyer from Chicago and a poor local white girl, barely nineteen. Darren Mathews is a Texas Ranger on the brink of indictment. His marriage is failing and he's losing himself to the bottle - until he hears about the murders. There is no clear connection between the two victims, but as fear and paranoia begin to grow, the town's racial tensions reach breaking point. Having grown up as a black man in Texas, Darren knows what is at stake, and risks everything to investigate the case. But the locals don't take kindly to a black Ranger asking too many questions, and Darren soon finds the target on his own back ... Suffused with the unique music and colour of East Texas, Bluebird, Bluebird is both a page-turning thriller and a timely novel about the collision of race and justice in America.

In Bluebird, Bluebird Attica Locke had both mastered the thriller and exceeded it. Ranger Darren Mathews is tough, honor-bound, and profoundly alive in corrupt world. I loved everything about this book -- Anne Patchett, author of Commonwealth
Attica Locke knows Texas, a place that has shaped both her characters and her life. Locke's new book, Bluebird, Bluebird, is evidence of her deep knowledge and love of her community and a deep talent for writing hype thrillers that also manage to be timely, relevant and keenly insightful. -- Joe Ide, author of IQ and Righteous
Bluebird, Bluebird has the impeccable pacing, memorable characters, and deepening sense of mystery and dread we expect in the finest noir thrillers. But this is so much more. Attica Locke has written a marvelous novel. -- Ron Rash, author of The Risen
Attica Locke is a must-read author who writes with power, grace, and heart, and Bluebird, Bluebird is a remarkable achievement. This is a rare novel that thrills, educates, and inspires all at once. Don't miss it. -- Michael Koryta, author of Rise the Dark
Attica Locke knows how to tell a tale, her voice so direct and crisp that the dust from the side of Highway 59 will settle on your hands as you hold Bluebird, Bluebird. Nothing comes easy in Shelby County, where the lines between right and wrong blur a little more with each heartfelt page, and love and pain live together as one under the big Texas sun. -- Michael Farris Smith, author of Desperation Road and Rivers
With Bluebird, Bluebird Attica Locke brings freshness and vitality to a beloved form. Her storytelling touch is just so strong! From the first beautifully done scene until the finale, this is a very propulsive novel concerning old deeds that keep influencing the present, injustice and courage---a powerful and dramatic look at contemporary black life in rural America. -- Daniel Woodrell, author of The Maid's Version
Attica Locke's Bluebird, Bluebird reads like a blues song to East Texas with all its troubles over property, race, and love. Taut where it has to be to keep a murder investigation on its toes, this novel is also languid when you need to understand just what would keep a black woman or man in a place where so much troubled history lies. This novel marks Love's (and Hatred's) comings and goings amongst black and white, and all the shades between. Locke's small town murder investigation reveals what lies at the heart of America's confusion over race. -- Walter Mosley, author of Down the River unto the Sea
This is Attica Locke's best work yet-and if you've read Pleasantville you know that's saying something. Just by her choice of protagonist (an African American Texas Ranger, tacking between two worlds as he solves a double homicide) you know Locke is a writer who makes bold choices, and whose fiction is powerfully connected to our troubled world -- Ben Winters, author of Underground Airlines
Praise for Pleasantville: 'Ambitious, socially committed and beautifully written ... the next time you find yourself in the company of a crime reviewer, don't bother asking who you should be reading. You know the answer: Attica Locke. -- Barry Forshaw * Independent *
An excellent thriller ... a gripping blend of the personal and the political * Irish Times *
As convincing as it is enthralling. -- Boyd Hilton * Heat *
Genuinely unnerving ... subtle, complex questions of identity, family and history * Daily Mail *
Outstanding...Locke just gets better and better as a writer. -- Jake Kerridge * Sunday Express Magazine *
Her best story yet. -- Mark Lawson * Guardian *
It's a fascinatingly complex setting and Locke maps it with great skill, charting the struggles of her characters as the crime remains unsolved ... a smart legal thriller about how far people will go to gain power, and keep it. -- Jeff Noon * Spectator *
A common selling point for the sorely missed HBO series "The Wire" is that it's the closest television has ever come to feeling like a novel. Attica Locke'sPleasantville is that novel. * Washington Independent Review of Books *
In Pleasantville, Attica Locke returns to Jay Porter, the black lawyer hero of her magnificent first novel, Black Water Rising. This one is just as good. -- Marcel Berlins * Times *

Attica Locke is the author of Pleasantville, which won the 2016 Harper Lee Prize for Legal Fiction and was short-listed for the Baileys Women's Prize for Fiction; Black Water Rising, which was nominated for an Edgar Award and an NAACP Image Award; and The Cutting Season, a national bestseller and winner of the Ernest Gaines Award for Literary Excellence. Attica is also a screenwriter and has written for Paramount, Warner Bros, Twentieth Century Fox, HBO, Dreamworks and was a writer and producer on the drama Empire. A native of Houston, Texas, Attica lives in Los Angeles, California, with her husband and daughter.

GOR008725714
Bluebird, Bluebird by Attica Locke
Attica Locke
Highway 59
Used - Very Good
Paperback
Profile Books Ltd
2017-09-07
320
1781258961
9781781258965
N/A
Book picture is for illustrative purposes only, actual binding, cover or edition may vary.
This is a used book - there is no escaping the fact it has been read by someone else and it will show signs of wear and previous use. Overall we expect it to be in very good condition, but if you are not entirely satisfied please get in touch with us.