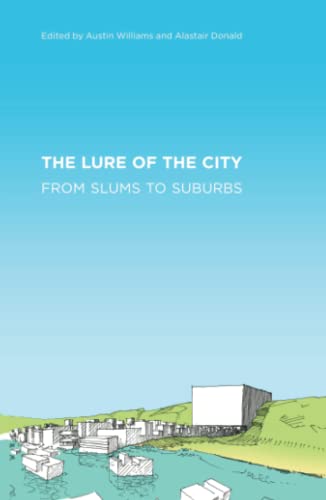 The Lure of the City
by Austin Williams

In Stock
$17.99
inc. GST
Short, accessibly written essays make the case for cities, arguing that the metropolitan mindset is essential to the struggle for human liberation.
Very Good
Only 1 left

The Lure of the City Summary

The Lure of the City: From Slums to Suburbs by Austin Williams

Cities, by their very nature, are a mass of contradictions. They can be at once visually stunning, culturally rich, exploitative and unforgiving. In The Lure of the City Austin Williams and Alastair Donald explore the potential of cities to meet the economic, social and political challenges of the current age.

This book seeks to examine the dynamics of urban life, showing that new opportunities can be maximised and social advances realised in existing and emerging urban centres. The book explores both the planned and organic nature of urban developments and the impacts and aspirations of the people who live and work in them. It argues convincingly that the metropolitan mindset is essential to the struggle for human liberation.

The short, accessibly written essays are guaranteed to spark debate across the media and academia about the place of cities and urban life in our ever-changing world.

The Lure of the City Reviews

'Out from under the dead weight of conventional wisdom and eco-gloom emerges a clear-eyed vision of cities that is celebrated in this book' -- Matt Ridley, author of The Rational Optimist (2010)
'This book opens a debate as it allows the readers to reconsider their own prejudices and preferences' -- Will Alsop, OBE, architect and adjunct professor, Ontario College of Art and Design
'Timely, lucid and provocative' -- Tim Marlow, broadcaster and director of Exhibitions at White Cube in London
'This collection breaks some unconventional ground, a welcome event given the grip of orthodoxy about cities so mindlessly accepted today' -- Joel Kotkin, author of The City: A Global History (2005)

GOR006391807
The Lure of the City: From Slums to Suburbs by Austin Williams
Austin Williams
Used - Very Good
Paperback
Pluto Press
2011-09-12
224
0745331777
9780745331775
N/A
Book picture is for illustrative purposes only, actual binding, cover or edition may vary.
This is a used book - there is no escaping the fact it has been read by someone else and it will show signs of wear and previous use. Overall we expect it to be in very good condition, but if you are not entirely satisfied please get in touch with us.