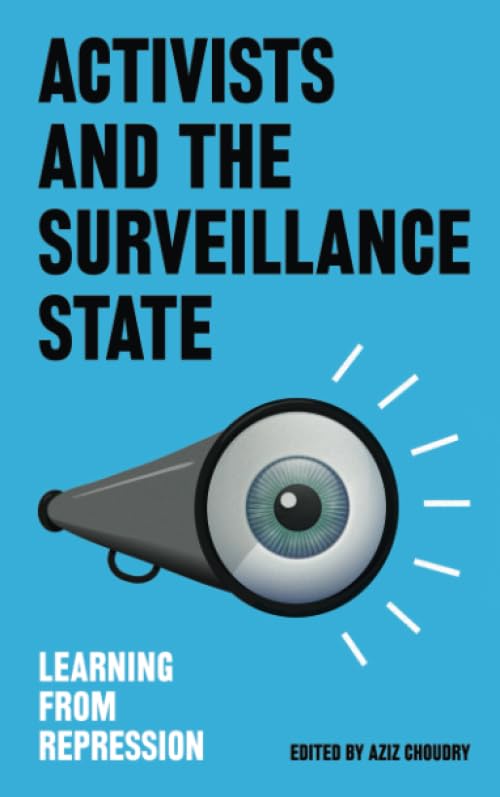 Activists and the Surveillance State
by Aziz Choudry

In Stock
34,99 $
inc. GST
Analysis of the surveillance state from the perspective of those who have been subjected to its repression.
Like New
Only 1 left

Activists and the Surveillance State Summary

Activists and the Surveillance State: Learning from Repression by Aziz Choudry

The use of secret police, security agencies and informers to spy on, disrupt and undermine opposition to the dominant political and economic order has a long history. This book reflects on the surveillance, harassment and infiltration that pervades the lives of activists, organisations and movements that are labelled as 'threats to national security'.

Activists and scholars from the UK, South Africa, Canada, the US, Australia and Aotearoa/New Zealand expose disturbing stories of political policing to question what lies beneath state surveillance.

Problematising the social amnesia that exists within progressive political networks and supposed liberal democracies, Activists and the Surveillance State shows that ultimately, movements can learn from their own repression, developing a critical and complex understanding of the nature of states, capital and democracy today that can inform the struggles of tomorrow.

Activists and the Surveillance State Reviews

'Activists and the Surveillance State is a wide-ranging exploration of collective organising in response to state and corporate surveillance. The book's rich discussion of what movements have learned, and failed to learn, about how surveillance works makes it a crucial reference for scholars and activists alike' -- Arun Kundnani, author of 'The Muslims are Coming'
'This important collection draws critical attention to the harms of state surveillance and police power, and how this power has been challenged and resisted by ordinary citizens. It is a must read for activists, community organisers and scholars alike' -- Waqas Tufail, Leeds Beckett University
'Activists in social movements and others challenging the prevailing socio-economic and political structures will find in this book invaluable lessons and an effective antidote to the harassment, infiltration and 'dirty tricks' of agencies that uphold the interests of the corporate and political elite' -- Salim Vally, University of Johannesburg
'By asking us to consider different histories of knowledge production and resistance, this book provides a nuanced and timely intervention in our ongoing reflections on confrontations with state security, and how they can be used for advancing radical political alternatives' -- Dr Lina Dencik, Cardiff University
'An important intervention that moves us beyond assessments of the scale and scope of surveillance and securitisation to reflect on lessons learned from multiple global resistance movements. The contributions in this book prompt us to consider possibilities for more hopeful futures' -- Nisha Kapoor, author of 'Deport, Deprive, Extradite: 21st Century State Extremism'

Aziz Choudry is Associate Professor and Canada Research Chair in Social Movement Learning and Knowledge Production in the Department of Integrated Studies in Education, McGill University, and Visiting Professor at the Centre for Education Rights and Transformation (CERT), University of Johannesburg. He is editor of Activists and the Surveillance State (Pluto, 2019) and co-editor of Just Work? Migrant Workers' Struggles Today (Pluto, 2016).

GOR009598457
Activists and the Surveillance State: Learning from Repression by Aziz Choudry
Aziz Choudry
Used - Like New
Paperback
Pluto Press
2018-12-14
272
0745337805
9780745337807
N/A
Book picture is for illustrative purposes only, actual binding, cover or edition may vary.
The book has been read, but looks new. The book cover has no visible wear, and the dust jacket is included if applicable. No missing or damaged pages, no tears, possible very minimal creasing, no underlining or highlighting of text, and no writing in the margins.