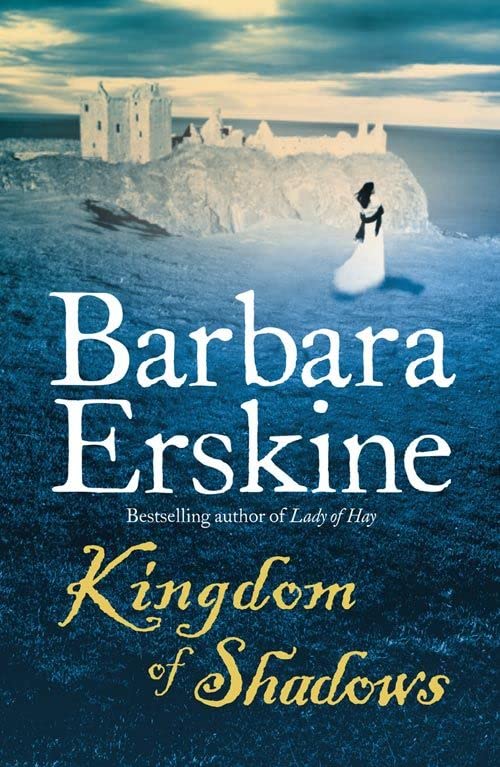 Kingdom of Shadows
by Barbara Erskine

Kingdom of Shadows by Barbara Erskine

In a childless and unhappy marriage, Clare Royland is rich and beautiful - but lonely. And fueling her feelings of isolation is a strange, growing fascination with an ancestress from the distant past. Troubled by haunting inexplicable dreams that terrify - but also powerfully compel - her, Clare is forced to look back through the centuries for answers.

In 1306, Scotland is at war. Isobel, Countess of Buchan, faces fear and the prospect of untimely death as the fighting surrounds her. But passionate and headstrong, her trials escalate when she is persecuted for her part in crowning Robert the Bruce, her lover.

Duncairn, Isobel's home and Clare's beloved heritage, becomes a battleground for passions that span the centuries. As husband Paul's recklessness threatens their security, Clare must fight to save Duncairn, and to save herself from the powers of Isobel...

`An engrossing race against time' Woman and Home

A historian by training, Barbara Erskine is the author of many bestselling novels that demonstrate her interest in both history and the supernatural, plus three collections of short stories. Her books have appeared in at least twenty-six languages. Her first novel, Lady of Hay, has sold over two million copies worldwide. She lives with her family in an ancient manor house near Colchester and in a cottage near Hay-on-Wye.

GOR002329840
Kingdom of Shadows by Barbara Erskine
Barbara Erskine
Used - Very Good
Paperback
HarperCollins Publishers
2009-02-19
736
0007288662
9780007288663
N/A
Book picture is for illustrative purposes only, actual binding, cover or edition may vary.
This is a used book - there is no escaping the fact it has been read by someone else and it will show signs of wear and previous use. Overall we expect it to be in very good condition, but if you are not entirely satisfied please get in touch with us.