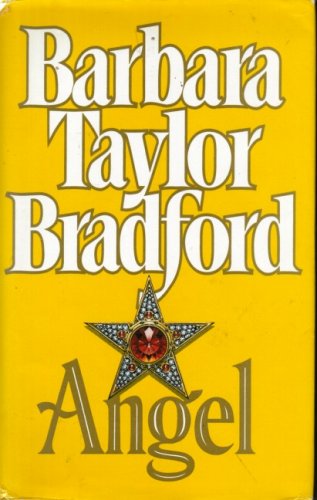 In Stock
$13.49
inc. GST
A captivating story of family and friends, innocence and corruption.
Very Good Good
Only 1 left

A captivating story of family and friends, innocence and corruption.

Four friends swore eternal friendship when all they had was each other. Now their dazzling careers, their seemingly successful lives, are to be disrupted by a devastating singer - and by the shadow of their past.

Rosie Madigan is the angel... an award-winning costume-designer, she is blessed with worldly goods yet troubled by personal commitments.

Gavin Ambrose is the Hollywood megastar: talented and idolized, true love has eluded him.

Nell Jeffrey is the glamorous head of an international PR company: her secret love for Rosie's brother Kevin pierces her usual shrewdness.

Kevin Madigan, undercover cop, inhabits a world of danger from which he tries to shelter his friends - but evil has a way of spreading.

Angel is the stunning novel of family and friends, of love and loss, of innocence and corruption: it will captivate you from the first page.

Barbara Taylor Bradford was born in Leeds, and by the age of twenty was an editor and columnist on Fleet Street. Her first novel, A Woman of Substance, became an enduring worldwide bestseller. Her novels have sold more than eighty-five million copies worldwide in more than ninety countries and forty languages, and ten mini-series and television movies have been made of her books. She lives in New York City with her husband, television producer Robert Bradford.

GOR009720643
Angel by Barbara Taylor Bradford
Barbara Taylor Bradford
Used - Very Good
Paperback
HarperCollins Publishers
1993-11-01
400
0002242842
9780002242844
N/A
Book picture is for illustrative purposes only, actual binding, cover or edition may vary.
This is a used book - there is no escaping the fact it has been read by someone else and it will show signs of wear and previous use. Overall we expect it to be in very good condition, but if you are not entirely satisfied please get in touch with us.