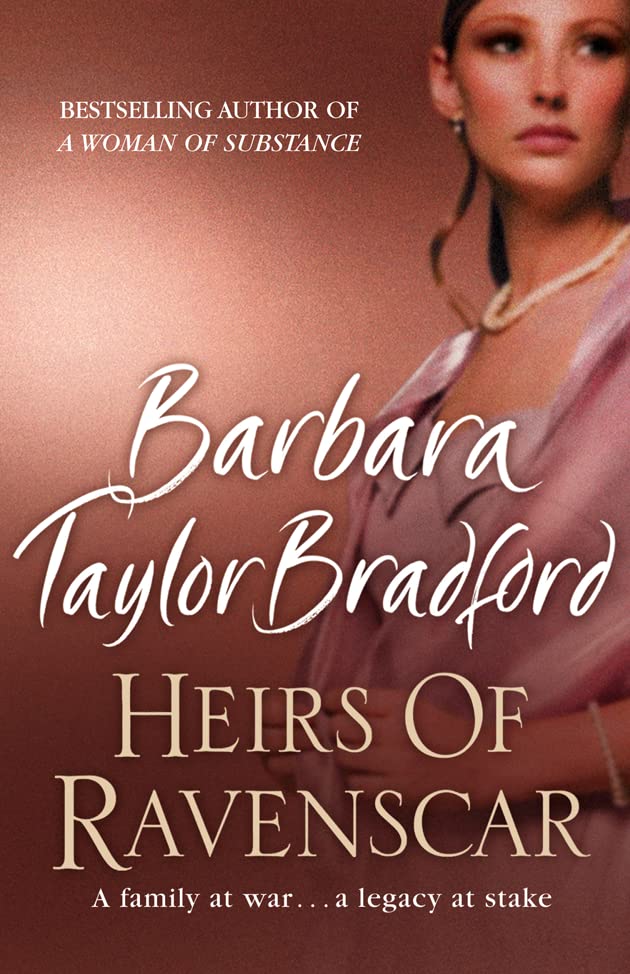 The dramatic new Ravenscar novel from the international bestselling author of Woman of Substance.

The dramatic new Ravenscar novel from the international bestselling author of Woman of Substance.

As the First World War draws to a close, all seems golden for young Edward Deravenel, charismatic head of the family empire and master of Ravenscar.

Yet beneath the surface lies discord. Elizabeth Deravenel, his beautiful wife, is jealous and her lies and gossip damage the family name. Worse still is Edward's brother George. His reckless behaviour and treachery lead to blackmail and betrayal.

The fortunes of the house of Deravenel begin to suffer. It is up to Edward's daughter Bess, and her son Harry to secure the Ravenscar inheritance - whatever it takes...

Ravenscar:
A House. A Legacy. A Dynasty.

GOR000298389
Heirs of Ravenscar by Barbara Taylor Bradford
Barbara Taylor Bradford
Used - Very Good
Paperback
HarperCollins Publishers
2008-02-18
592
0007197640
9780007197644
N/A
Book picture is for illustrative purposes only, actual binding, cover or edition may vary.
This is a used book - there is no escaping the fact it has been read by someone else and it will show signs of wear and previous use. Overall we expect it to be in very good condition, but if you are not entirely satisfied please get in touch with us.