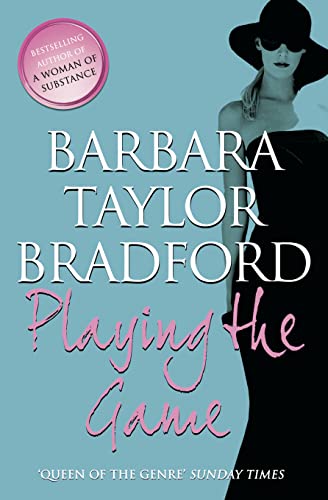 In Stock
$15.49
inc. GST
From the bestselling author of A Woman of Substance comes an explosive novel about one woman's journey to success.
Very Good Good
7 in stock

From the bestselling author of A Woman of Substance comes an explosive novel about one woman's journey to success.

Seduction, passion and international intrigue. Playing the game has never been so thrilling.

Good looking, successful Annette Remmington is a London art consultant and dealer at the top of her game. When a rare and long-lost Rembrandt finds its way into her hands, she becomes the most talked about dealer in the world as she auctions it for millions of pounds.

Married to the dashing Marius Remmington, Annette owes her life to him for it was he who rescued her from a dark and troubled past. And now he wants to hand-pick the best journalist to write a profile on his talented wife.

But Marius has unknowingly made a devastating mistake by bringing Jack Chalmers into their lives and soon Annette's career and marriage are on the line. How could Marcus have known that Jack would uncover a secret that could destroy them all?

Praise for Playing the Game:

`As romantic and thrilling as the rest' The Independent on Sunday

`It is a classic BTB: glamorous people in glamorous places doing glamorous things...' The Independent on Sunday

GOR002550960
Playing the Game by Barbara Taylor Bradford
Barbara Taylor Bradford
Used - Very Good
Paperback
HarperCollins Publishers
2011-03-03
496
0007375263
9780007375264
N/A
Book picture is for illustrative purposes only, actual binding, cover or edition may vary.
This is a used book - there is no escaping the fact it has been read by someone else and it will show signs of wear and previous use. Overall we expect it to be in very good condition, but if you are not entirely satisfied please get in touch with us.