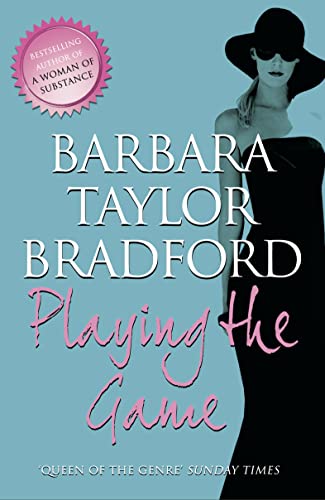 In Stock
$11.99
+10% GST
From the bestselling author of A Woman of Substance comes an explosive novel about one woman's journey to success.
Very Good
Only 2 left

From the bestselling author of A Woman of Substance comes an explosive novel about one woman's journey to success.

Annette Remmington is a London art consultant and private dealer at the top of her game. When a rare and long lost Rembrandt finds its way into her hands - and sells in a frantic and high profile auction, she is at the pinnacle of her career and becomes the most talked about art dealer in the world.

Marius Remmington is Annette's husband. For twenty years, Marius has groomed her into the international art star that she has become, not to mention saving her from a dark and gritty past. She is his pride and joy, and as her best advisor, it's with great care that he hand picks only the best journalist possible to do a profile on his beloved - Jack Chalmers. Marius believes only he will be able to capture the true brilliance of his lovely wife, but he never intended putting his marriage in jeopardy. And how could he know that Jack would uncover a scandal that could ultimately destroy them all?

Praise for Playing the Game:

`As romantic and thrilling as the rest' The Independent on Sunday

`It is a classic BTB: glamorous people in glamorous places doing glamorous things...' The Independent on Sunday

Barbara Taylor Bradford was born and raised in England. She started her writing career on the Yorkshire Evening Post and later worked as a journalist in London. Her first novel, A Woman of Substance, became an enduring bestseller and was followed by twenty-five others, including the bestselling Harte series. Barbara's books have sold more than eighty-two million copies worldwide in more than ninety countries and forty languages, and ten mini-series and television movies have been made of her books. In October of 2007, Barbara was appointed an OBE by the Queen for her services to literature. She lives in New York City with her husband, television producer Robert Bradford. Playing the Game is her twenty-sixth novel.

GOR002324583
Playing the Game by Barbara Taylor Bradford
Barbara Taylor Bradford
Used - Very Good
Hardback
HarperCollins Publishers
2010-09-30
448
0007304102
9780007304103
N/A
Book picture is for illustrative purposes only, actual binding, cover or edition may vary.
This is a used book - there is no escaping the fact it has been read by someone else and it will show signs of wear and previous use. Overall we expect it to be in very good condition, but if you are not entirely satisfied please get in touch with us.