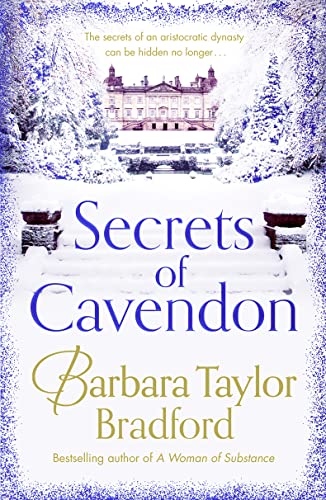 The secrets of an aristocratic dynasty are about to be revealed...

The secrets of an aristocratic dynasty are about to be revealed...

London 1949. The New Look is in, Princess Elizabeth's wedding has raised morale and the capital is filled with a new energy. The Earl of Mowbray's niece, Alicia Stanton, is making her mark in the glamorous film world. Alongside her, Victoria Brown, a wartime evacuee, is starting out as a fashion photographer. Life is full of opportunity.

But at Cavendon Hall, the stately home where they both grew up, the Second World War has exacted a terrible price and the estate is facing bankruptcy. The aristocratic Ingham family is at odds with its loyal retainers, the Swanns, for the first time. And when Cavendon's secrets start to rise to the surface, young and old alike are threatened. Can the Inghams and the Swanns unite to save the family name and their future?

Acclaim for the Cavendon series:

`A glorious family saga for Downton Abbey fans...This is Barbara Taylor Bradford in her element, full of drama, passion, romance and danger' lovereading.co.uk

`A stately home, a dangerous secret and two families whose fates have been intertwined for generations...a gripping period piece set on the brink of the Great War. Exquisite escapism of the highest order' The Lady

GOR008823331
Secrets of Cavendon by Barbara Taylor Bradford
Barbara Taylor Bradford
Used - Very Good
Hardback
HarperCollins Publishers
2017-11-30
400
0007503350
9780007503353
N/A
Book picture is for illustrative purposes only, actual binding, cover or edition may vary.
This is a used book - there is no escaping the fact it has been read by someone else and it will show signs of wear and previous use. Overall we expect it to be in very good condition, but if you are not entirely satisfied please get in touch with us.