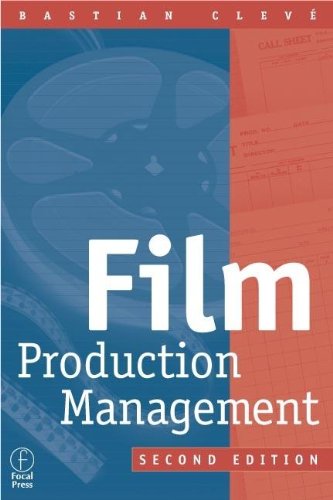 Used Price
$35.99
inc. GST
Free Shipping in Australia
This manual details the steps involved in bringing a screenplay to the screen, including organizing, staffing, budgeting, scheduling, securing locations, shooting and post-production. This edition contains new chapters on film festivals and marketing, training and schools, and the Internet.
Good

In addition to offering practical, hands-on help in dealing with each of these steps, this book also covers such issues as contracts, unions, working permits, and insurance. Sample forms used by the production manager are also included. Although it is not about film financing, it includes information on how to work within smaller budgets, enhancing its appeal to independent film makers.

This book is primarily for students and film professionals seeking a career change within the film industry, or who find themselves performing some of the tasks outlined within these pages.

This edition will include a number of revisions and updates, as well as new chapters on film festivals and marketing, training and schools, and use of the internet.

I adopted this book for my "Movie Business Class" it is an excellent and practical book explaining the pre-production and production phases of motion pictures. (Rob Hahn, Southern Illinois Univ, Carbondale).

Since 1968, Bastian Cleve has produced more than eighty full-length and short films in the United States and Germany and has won numerous awards for his work. He is Professor at the Film Production Studies Department at the Filmakademie Baden-Wurttemberg near Stuttgart, and lectures on filmmaking throughout North America, Europe, southern Asia, and Australia. He is getting back into the business of producing theatrical motion pictures and his recent motion picture "As far as my feet will carry me" has become one of the most successful German movies worldwide.