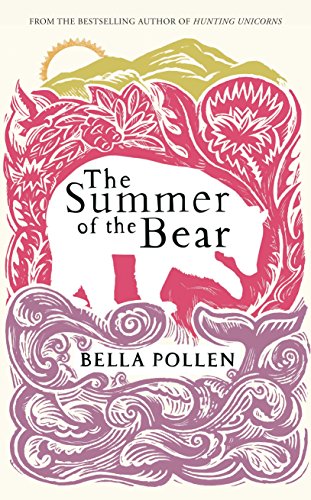 The Summer of the Bear
by Bella Pollen

The Summer of the Bear Summary

The Summer of the Bear by Bella Pollen

In the summer of 1979, a tamed grizzly bear is tempted by the lure of freedom and the wild open sea . . .

Meanwhile, the sudden death of British diplomat Nicky Fleming has left his wife closed down with shock. Relocated from Cold-War-riven Germany to a remote Hebridean island, Letty Fleming is haunted by the unthinkable - was it an accident, murder or suicide? And how can she ever begin to explain to her three children that their father may have betrayed his country?

Struggling to find solace in a place she loves, Letty begins to unravel the mystery of Nicky's death, but her determination to protect the children from the truth blinds her to the demons they are already battling.

As the family's secrets threaten to tear them apart, it is only the strange but brilliant Jamie who manages to hold on to the one thing he knows for sure: his father has promised to return, and Nicky Fleming was a man who never broke a promise . . .

Customer Reviews - The Summer of the Bear

Bella Pollen is a writer and journalist who contributes to a wide variety of newspapers and magazines, including the Sunday Telegraph, American Vogue, Harpers and Queen and the Observer. Her novel Hunting Unicorns was winner of the Richard & Judy Summer Read 2004. Bella lives in Ladbroke Grove, London. www.bellapollen.com

GOR002352010
The Summer of the Bear by Bella Pollen
Bella Pollen
Used - Very Good
Hardback
Pan Macmillan
2010-08-20
448
0230748708
9780230748705
Long-listed for Scottish Book Awards Fiction Award 2011 (UK)
Book picture is for illustrative purposes only, actual binding, cover or edition may vary.
This is a used book - there is no escaping the fact it has been read by someone else and it will show signs of wear and previous use. Overall we expect it to be in very good condition, but if you are not entirely satisfied please get in touch with us.