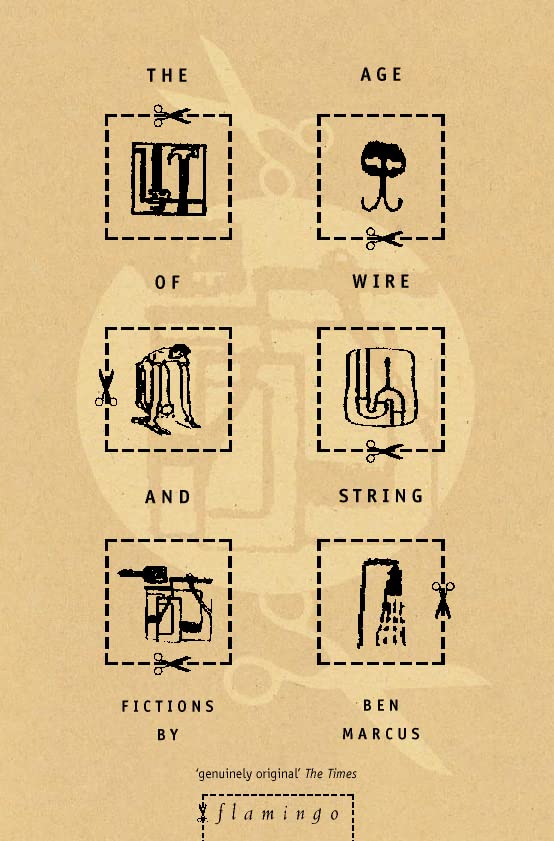 The Age of Wire and String by Ben Marcus

A potential cult classic - the Finnegans Wake of the 1990s.

The Age of Wire and String by Ben Marcus

A potential cult classic - the Finnegans Wake of the 1990s.

A bulletin from a parallel universe where the relations between words and things are utterly changed.

Bewitchingly original, genuinely refreshing, The Age of Wire and String takes all of the linguistic value systems on which our great literature is based, chews them up and spits them out. At once artificial, bizarre and bewildering, this is a Finnegans Wake, a Tristram Shandy for the end of the millennium.

`Transfixing... an extraordinary debut... The Age of Wire and String, a treasury of interconnected fables of violence and hope, stands out as an exhilarating work of literature. Multiple readings are rewarding.'
Steven Poole, TLS

`Frequently touching and funny, plenty of madness, magic and gods... a cross between a scientific manual, Monty Python and a kind of Bible, with a surreal and opaque logic of its own.'
Christina Patterson, Observer

`The Age of Wire and String evades classification, persisting in your mind because of its psychotically ardent prose... It will find its fans among those people who relish prose that mimics dream, who love it when words are used as they once were, as incantations, as spells to summon up the contorted beings of the imagination.'
Matthew De Abaitua, The Idler

`The most audacious literary debut in decades'
Robert Coover

Ben Marcus was born in 1967, educated at Brown and NYU, and now teaches and runs a writers' website at Brown University in Providence.

GOR001695284
The Age of Wire and String by Ben Marcus
Ben Marcus
Used - Very Good
Paperback
HarperCollins Publishers
1998-08-17
160
000655086X
9780006550860
N/A
Book picture is for illustrative purposes only, actual binding, cover or edition may vary.
This is a used book - there is no escaping the fact it has been read by someone else and it will show signs of wear and previous use. Overall we expect it to be in very good condition, but if you are not entirely satisfied please get in touch with us.
Trustpilot