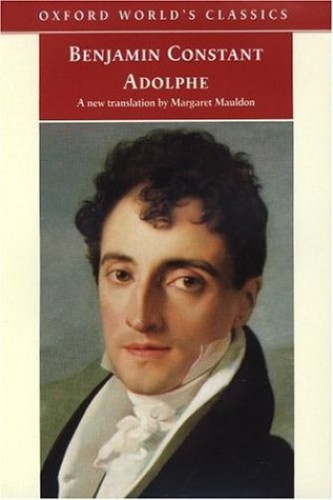 In Stock
$211.99
inc. GST
Written in an analytic style, Adolphe writes about love, his own experiences in love, but he also reflects his anxieties about the prospects for any kind of authentic commitment, political or religious as well as emotional, in a disenchanted world.
Very Good
Only 1 left

'The great question in life is the suffering we cause, and the most ingenious metaphysics do not justify the man who has broken the heart that loved him.' Enjoying all the advantages of noble birth and intellectual ability, but haunted by a sense of the meaninglessness of life, Adolphe seeks distraction in the pursuit of the beautiful, but older and more vulnerable Ellenore. Unaware of the danger 'of appropriating the language of love, and of fostering in yourself or others emotions of the heart that are transitory', Adolphe unexpectedly falls in love, only to chafe under the burden of an illicit relationship that blocks his public career. Unable to commit himself fully to Ellenore, and yet unwilling to face the pain he would cause by leaving her, Adolphe finds himself caught up in a situation that cannot be remedied, and is resolved only with disastrous results. Written in a lucidly analytic yet discreetly emotional style, Adolphe (1816) distills the lessons of Constant's own experiences in love, but it also reflects his anxieties about the prospects for any kind of authentic commitment, political or religious as well as emotional, in a disenchanted world.

Benjamin Constant (1767-1831) Margaret Mauldon has translated several French novels for OWC including Zola's L'Assommoir, Stendhal's The Charterhouse of Parma, and Huysmans, Against Nature, winner of the Scott-Moncrieff prize 1999. Patrick Coleman has edited Rousseau's Discourse on Inequality and Confessions for OWC.

GOR001583836
Adolphe by Benjamin Constant
Benjamin Constant
Oxford World's Classics
Used - Very Good
Paperback
Oxford University Press
2001-04-19
120
0192839276
9780192839275
N/A
Book picture is for illustrative purposes only, actual binding, cover or edition may vary.
This is a used book - there is no escaping the fact it has been read by someone else and it will show signs of wear and previous use. Overall we expect it to be in very good condition, but if you are not entirely satisfied please get in touch with us.