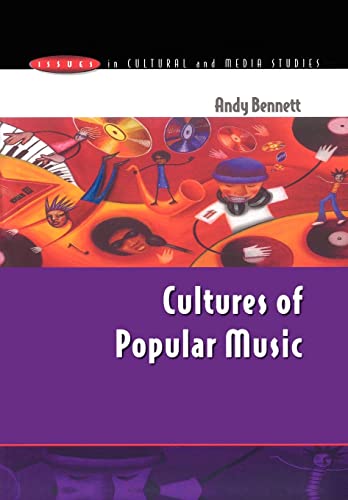 * What is the relationship between youth culture and popular music?
* How have they evolved since the second world war?
* What can we learn from a global perspective?

In this lively and accessible text, Andy Bennett presents a comprehensive cultural, social and historical overview of post-war popular music genres, from rock 'n' roll and psychedelic pop, through punk and heavy metal, to rap, rave and techno. Providing a chapter by chapter account, Bennett also examines the style-based youth cultures to which such genres have given rise. Drawing on key research in sociology, media studies and cultural studies, the book considers the cultural significance of respective post-war popular music genres for young audiences, with reference to issues such as space and place, ethnicity, gender, creativity, education and leisure. A key feature of the book is its departure from conventional Anglo-American perspectives. In addition to British and US examples, the book refers to studies conducted in Germany, Holland, Sweden, Israel, Australia, New Zealand, Mexico, Japan, Russia and Hungary, presenting the cultural relationship between youth culture and popular music as a truly global phenomenon.

"...commendably wide-ranging in scope and addresses a long-standing gap in the market." - European Journal of Communication

Andy Bennett is Lecturer in Sociology at the University of Surrey and previously worked with the Rockmobil project in Frankfurt. He is author of Popular Music and Youth Culture: Music, Identity and Place (2000) and co-editor of Guitar Cultures (2001). He is chair of the UK and Ireland branch of the International Association for the Study of Popular Music (IASPM) and co-convenor of the British Sociological Association Youth Study Group.

GOR001960244
CULTURES OF POPULAR MUSIC by BENNETT ANDY
BENNETT ANDY
Used - Very Good
Paperback
Open University Press
2001-12-01
192
0335202500
9780335202508
N/A
Book picture is for illustrative purposes only, actual binding, cover or edition may vary.
This is a used book - there is no escaping the fact it has been read by someone else and it will show signs of wear and previous use. Overall we expect it to be in very good condition, but if you are not entirely satisfied please get in touch with us.