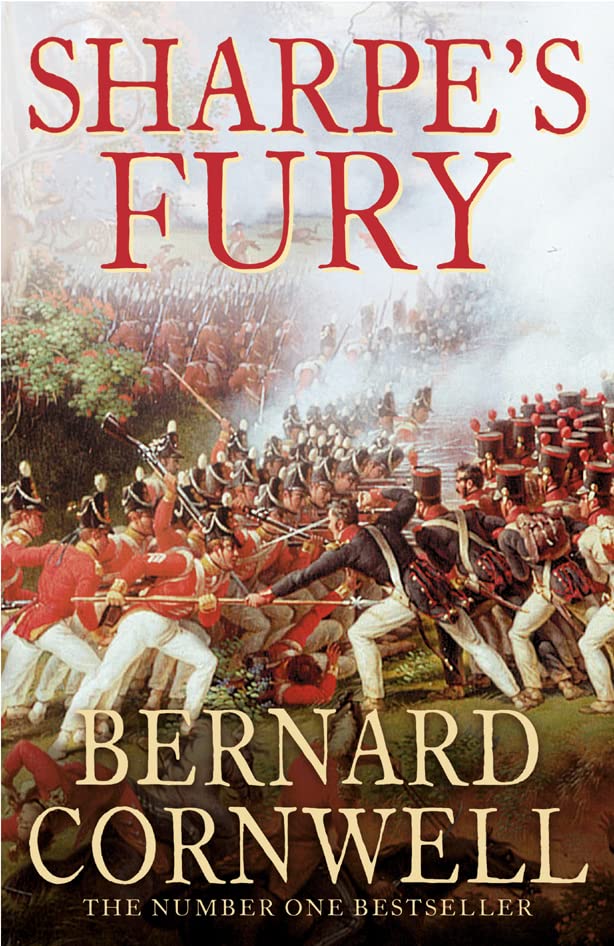 The long-awaited twenty-first novel in the number one bestselling series featuring Richard Sharpe.

The long-awaited twenty-first novel in the number one bestselling series featuring Richard Sharpe.

In the winter of 1811 the war seemed lost. All Spain has fallen to the French, except for Cadiz which is now the Spanish capital and is under siege. Wellington and his British army are in Portugal, waiting for spring to spark the war to life again.
Richard Sharpe and his company are part of a small expeditionary force sent to break a bridge across the River Guadiana. What begins as a brilliant piece of soldiering turns into disaster, thanks to the brutal savagery of the French Colonel Vandal who is leading his battalion to join the siege of Cadiz. Sharpe extricates a handful of men from the debacle and is driven south into the threatened city.

There, in Cadiz, he discovers more than one enemy. Many Spaniards doubt Britain's motives and believe their future would be brighter if they made peace with the French, and one of them, a baleful priest, secures a powerful weapon to break the British alliance. He will use a beautiful whore and the letters she received from a wealthy man. The priest will use blackmail, and Sharpe must defeat him in a sinister war of knife and treachery in the dark alleys of the city.

Yet the alliance will only survive if the French siege can be lifted. An allied army marches from the city to take on the more powerful French and, once again, a brilliant piece of soldiering turns to disaster, this time because the Spanish refuse to fight. A small British force is trapped by a French army, and the only hope now lies with the outnumbered redcoats who, on a hill beside the sea, refuse to admit defeat. And there, in the sweltering horror of Barossa, Sharpe finds Colonel Vandal again.

Sharpe's Fury is based on the real events of the winter of 1811 that led to the extraordinary victory of Barossa, the battle which saw the British capture the first French eagle of the Napoleonic Wars.

Praise for Bernard Cornwell and the Sharpe series:

'Cornwell describes military action brilliantly. He evokes all the sights and sounds and smells while managing to describe the fluctuations of the battle with enough vim to keep you in suspense...The Sharpe novels are wonderfully urgent and alive.' Daily Telegraph

'Cornwell has maintained a marvellously high standard throughout the series...brilliantly lucid and compellingly exciting.' Evening Standard

'Bernard Cornwell knows his man, knows how to harness his qualities to the services of good fiction, and does not miss a trick...Sharpe and his creator are national treasures.' Sunday Telegraph

'Great action scenes, rich in period detail, are underpinned by a feeling for the passions that shaped the Britain we know today'. Sunday Telegraph, Seven Magazine

Bernard Cornwell was born in Essex and now lives in Massachusetts with his wife. He is the number one bestselling historical novelist in the UK.

GOR001675034
Sharpe's Fury by Bernard Cornwell
Bernard Cornwell
Used - Very Good
Paperback
HarperCollins Publishers
2006-08-28
416
0007233949
9780007233946
N/A
Book picture is for illustrative purposes only, actual binding, cover or edition may vary.
This is a used book - there is no escaping the fact it has been read by someone else and it will show signs of wear and previous use. Overall we expect it to be in very good condition, but if you are not entirely satisfied please get in touch with us.