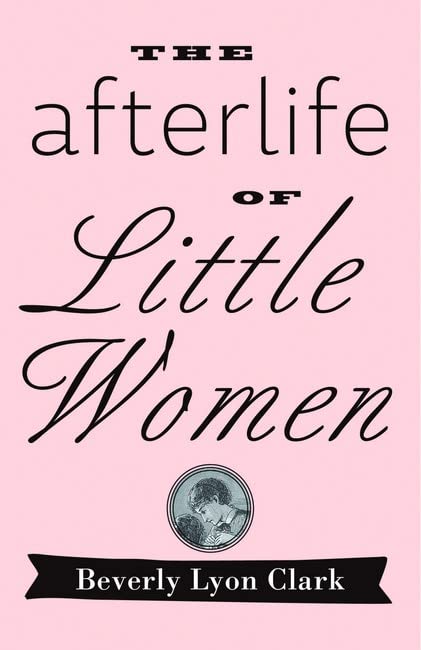 The Afterlife of "Little Women" Summary

The hit Broadway show of 1912; the lost film of 1919; Katharine Hepburn, as Jo, sliding down a banister in George Cukor's 1933 movie; Mark English's shimmering 1967 illustrations; Jo - this time played by Sutton Foster - belting "I'll be / astonishing" in the 2004 Broadway musical flop: these are only some of the markers of the afterlife of Little Women. Then there's the nineteenth-century child who wrote, "If you do not ...make Laurie marry Beth, I will never read another of your books as long as I live." Not to mention Miss Manners, a Little Women devotee, who announced that the book taught her an important life lesson: "Although it's very nice to have two clean gloves, it's even more important to have a little ink on your fingers." In The Afterlife of "Little Women," Beverly Lyon Clark, a leading authority on children's literature, explores these and other after - tremors, both popular and academic, as she maps the reception of Louisa May Alcott's timeless novel, first published in 1868. Clark divides her discussion into four historical periods. The first covers the novel's publication and massive popularity in the late nineteenth century. In the second era - the first three decades of the twentieth century-the novel becomes a nostalgic icon of the domesticity of a previous century, while losing status among the literary and scholarly elite. In its mid-century afterlife (1930-1960), Little Women reaches a low in terms of its critical reputation but remains a well-known piece of Americana within popular culture. The book concludes with a long chapter on Little Women's afterlife from the 1960s to the present - a period in which the reading of the book seems to decline, while scholarly attention expands dramatically and popular echoes continue to proliferate. Drawing on letters and library records as well as reviews, plays, operas, film and television adaptations, spinoff novels, translations, Alcott biographies, and illustrations, Clark demonstrates how the novel resonates with both conservative family values and progressive feminist ones. She grounds her story in criticism of children's literature, book history, cultural studies, feminist criticism, and adaptation studies. Written in an accessible narrative style, The Afterlife of "Little Women" speaks to scholars, librarians, and devoted Alcott fans.

The Afterlife of "Little Women" Reviews

Even as new Alcott-oriented scholarship, adaptations, and other artifacts appear, The Afterlife of 'Little Women' will continue to be essential to Alcott studies and a model for reception scholars. Reception The research in this book is stunning both in its breadth and depth... This is a book that not only does justice to its subject through a detailed presentation of evidence connected by astute critical judgments, but can also serve as a model for future studies. We are in Clark's debt for this immensely detailed, informative, and--yes--entertaining work. The Lion and the Unicorn [ The Afterlife of Little Women] is fascinating, cover-to-cover, for the many readers of Little Women still out there, whether scholar or generally interested fan, for Clark's prose is clear and lively; her ability to discuss so many diverse materials so cogently is admirable... As the sesquicentennial of Alcott's most famous work approaches (2018), scholars and general readers can only hope that Beverly Lyon Clark will be among those assessing this classic in its 150th year. Studies in the Novel From the child who saves her copy of Little Women as she flees from a Chicago fire, to a schoolgirl who warns Alcott that if she didn't 'make Laurie marry Beth' she would 'never read another of your books as long as I live'... the glimpses we get of child readers in the nineteenth century are compelling. Journal of the History of Childhood and Youth

Beverly Lyon Clark is a professor of English and women's studies at Wheaton College. She is the author of Kiddie Lit: The Cultural Construction of Children's Literature in America, also published by Johns Hopkins, the editor of Louisa May Alcott: The Contemporary Reviews, and the coeditor of "Little Women" and the Feminist Imagination: Criticism, Controversy, Personal Essays.

GOR011100620
The Afterlife of "Little Women" by Beverly Lyon Clark (Professor of English, Wheaton College)
Beverly Lyon Clark (Professor of English, Wheaton College)
Used - Very Good
Hardback
Johns Hopkins University Press
2015-01-05
288
1421415585
9781421415581
N/A
Book picture is for illustrative purposes only, actual binding, cover or edition may vary.
This is a used book - there is no escaping the fact it has been read by someone else and it will show signs of wear and previous use. Overall we expect it to be in very good condition, but if you are not entirely satisfied please get in touch with us.