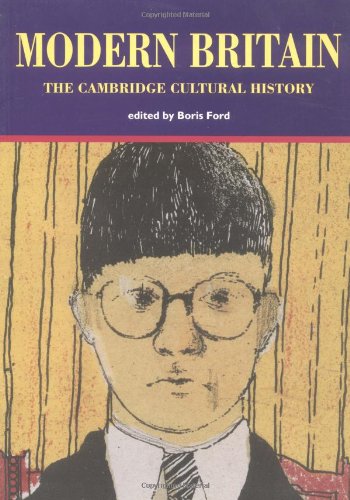 Used Price
$22.49
inc. GST
Free Shipping in Australia
First published in hardback as Volume 9 in the "Cambridge Guide to the Arts in Britain" series, this extensively illustrated book is a comprehensive survey for students, specialists and general readers of all major branches of the arts in Britain from 1945.
Very Good

This generously illustrated book is a comprehensive survey of the arts in Britain from 1945. Uniquely, it also reveals the cultural and social setting in which the writers, musicians, architects and artists of the age have worked. An outstanding team of specialist writers explores the main strands of artistic activity in a period characterised by rapid technological change, the Cold War and the rise of youth culture. Artists including Henry Moore and Graham Sutherland and writers like Philip Larkin. Angus Wilson and Doris Lessing emerged in this era. Classical music flourished with Britten, Walton and Tippett and the rapid development of film, television and radio was to leave an indelible imprint on popular culture. An introductory chapter offers a cultural and social backdrop to the period. Fully illustrated chapters follow, written by foremost specialists. One major branch of the arts is explored in each. Special topics include the development of the BBC Third Programme and industrial design. This is a unique bring-together in a single volume of all the main strands of creative life in modern Britain.

' ... an ambitious, readable, and well-illustrated guide to the arts in Britain ...' Asa Briggs, The Sunday Times
' ... will interest, entertain and occasionally even provoke ...' Times Educational Supplement

GOR003162850
Cambridge Cultural History of Britain: Volume 9: Modern Britain by Boris Ford
Boris Ford
Used - Very Good
Paperback
Cambridge University Press
1992-06-18
362
0521428890
9780521428897
N/A
Book picture is for illustrative purposes only, actual binding, cover or edition may vary.
This is a used book - there is no escaping the fact it has been read by someone else and it will show signs of wear and previous use. Overall we expect it to be in very good condition, but if you are not entirely satisfied please get in touch with us.