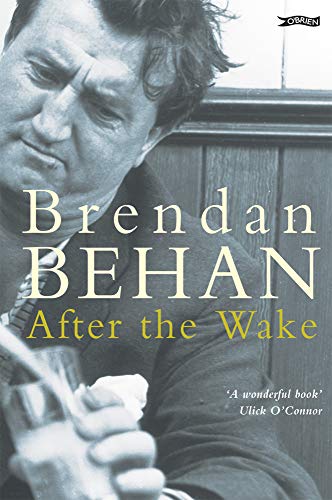 After The Wake
by Brendan Behan

This diverse collection is a delightful and entertaining windfall from one of Ireland's most colourful writers. An essential complement to Behan's master works.

After The Wake Summary

After The Wake by Brendan Behan

Brendan Behan's genius was to strike a chord between critic and common man. When he died, at the age of 41, he was arguably the most celebrated Irish writer of the twentieth century.

After the Wake is a collection of seven prose works and a series of articles. It includes all that exists of an unfinished novel, 'The Catacombs', and pieces together items whose comic and fanciful accounts evoke Flann O'Brien. Also featured are works of acknowledged excellence, 'The Confirmation Suit' and 'A Woman of No Standing'. This writing bears all the hallmarks of the author's talent - an ability to bring characters to life quickly and unforgettably, a sharp ear for dialogue and dialect, and a natural vocation for story-telling.

This diverse collection is a delightful and entertaining windfall from one of Ireland's most colourful writers. An essential complement to Behan's master works.

After The Wake Reviews

'A Marvellous collection of Behan's work which lets us see again that we had a genius among us.'

'A superb introduction by Peter Fallon...Behan (who) had an incredible literary gift demonstrated impeccably in After the Wake. Contains some previously unpublished material and boasts a cavalcade of 21 pieces, some fictional, some autobiographical, charting the political, social and cultural history of Irish life through the eyes of one of her most talented but troubled sons.'

'After the Wake is an Emerald Isle gem and much like the man himself a heady mixture of "hell and heaven and despair and presumption and hope".'

Brendan Behan was born in Dublin in 1923. In 1954 his play, The Quare Fellow, was accepted for production by the Pike Theatre in Dublin. Another play, The Hostage, and his autobiographical Borstal Boy make him an international name. Brendan Behan died in 1964.

GOR001195568
After The Wake by Brendan Behan
Brendan Behan
Used - Very Good
Paperback
O'Brien Press Ltd
1983-11-30
160
0862780314
9780862780319
N/A
Book picture is for illustrative purposes only, actual binding, cover or edition may vary.
This is a used book - there is no escaping the fact it has been read by someone else and it will show signs of wear and previous use. Overall we expect it to be in very good condition, but if you are not entirely satisfied please get in touch with us.