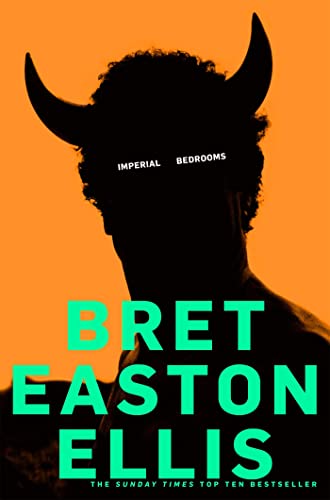 Clay is a successful screenwriter, middle-aged and disaffected; he's in LA to cast his new movie. However, this trip is anything other than professional, and he's soon drifting through a louche and long-familiar circle - a world largely populated by the band of infamous teenagers first introduced in Bret Easton Ellis's first novel Less Than Zero. After a meeting with a gorgeous but talentless actress determined to win a role in his movie, Clay finds himself connected with Kelly Montrose, a producer whose gruesomely violent death is suddenly very much the talk of the town.

Imperial Bedrooms follows Clay as his debauched reverie is interrupted by a violent plot for revenge and his seemingly endless proclivity for betrayal and exploitation looks set to land him somewhere darker and more ominous than ever before.

A murder mystery - a woozy, paranoid, hallucinatory version of LA noir. * Sunday Times *
Brilliantly written and coolly self-aware . . . Here, as in Less Than Zero, Ellis is plumbing the depths of human nature, exposing it at its worst. * Observer *
The novel is a kind of modern noir and, as in Chandler, the form's accepted master, atmosphere is king. Paranoia prevails. * Independent on Sunday *

GOR002741762
Imperial Bedrooms by Bret Easton Ellis
Bret Easton Ellis
Used - Very Good
Paperback
Pan Macmillan
2011-04-01
192
0330452614
9780330452618
N/A
Book picture is for illustrative purposes only, actual binding, cover or edition may vary.
This is a used book - there is no escaping the fact it has been read by someone else and it will show signs of wear and previous use. Overall we expect it to be in very good condition, but if you are not entirely satisfied please get in touch with us.