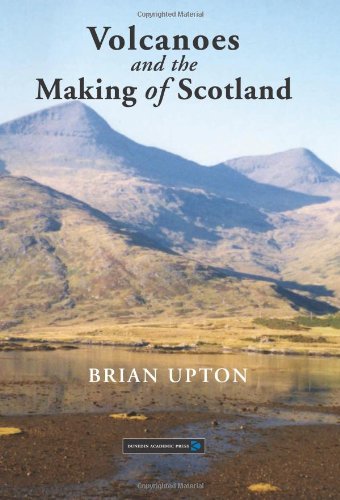 Volcanoes and the Making of Scotland
by Brian Upton

Scotland's mountains and glens retain the secrets of the long and frequently violent geological history that has gone into their making. Volcanoes have played a major role in the creation of Scotland.

Volcanoes and the Making of Scotland Summary

Volcanoes and the Making of Scotland by Brian Upton

Scotland's mountains and glens retain the secrets of the long and frequently violent geological history that has gone into their making. Volcanoes have played a major role in the creation of Scotland and while the youngest, a mere sixty million years old, were responsible for much of the scenic splendour of the Inner Hebrides, the rocks composing many of the famous Scottish landforms as, for example, those of Glencoe and the Edinburgh district are also the direct result of volcanism.

Volcanoes and the Making of Scotland explores back in time from the most recent examples to volcanoes of the obscure Precambrian times which left their signature in the ancient rocks of the far north-west. Geographically the book ranges across all of Scotland from Shetland to the Borders. Reflecting current research into Scotland's geology, the author also speculates as to the climate, geography and ecology of the long-gone landscapes in which the volcanoes of differing ages were created and destroyed.

The book is extensively illustrated with maps, sketches, cross-sections and photographs and relates what can currently be seen in the worn-down remains of Scotland's old volcanoes to active analogues around the world. This book vividly brings life and meaning to what the layman would otherwise regard as cold and incomprehensible rocks.

Volcanoes and the Making of Scotland Reviews

'I defy anyone not to be infected by Upton's enthusiasm. This book should be a constant companion on field trips to Scotland's rich volcanic heritage.' Jnl Volc. & Geotherm. Research

'The book is an inspirational and passionate digest of the author's extensive experience...' Geoscientist

Brian Upton was professor of petrology in the University of Edinburgh. He has worked, taught, led geological field trips for students and amateurs and travelled widely in Scotland over the past fifty years

GOR004940600
Volcanoes and the Making of Scotland by Brian Upton
Brian Upton
Used - Very Good
Hardback
Dunedin Academic Press
2004-09-30
196
1903765404
9781903765401
N/A
Book picture is for illustrative purposes only, actual binding, cover or edition may vary.
This is a used book - there is no escaping the fact it has been read by someone else and it will show signs of wear and previous use. Overall we expect it to be in very good condition, but if you are not entirely satisfied please get in touch with us.