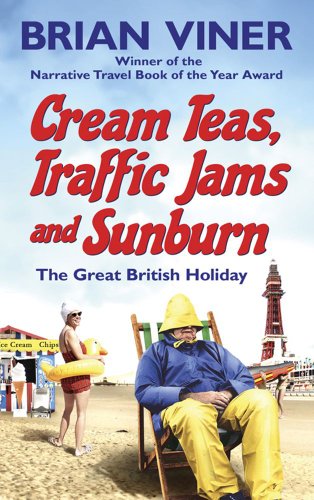 In Stock
$13.69
inc. GST
A painfully well-observed and hilariously funny look at the British holiday - from Blackpool to Barcelona and from Mauritius to Margate
Very Good
7 in stock

The British on holiday: how can four simple words evoke so many vivid images, images of raw sunburn and relentless rain, of John Bull's Pub (in Lanzarote) and Antonio's Tapas Bar (in Torquay), of endless queues to get through security at Manchester Airport, or Gatwick, or Glasgow, or Luton, and endless tailbacks on the M5, or M6, or M25, but also images of carefree sploshing in Portuguese swimming-pools and lazy lunches in the Provencal sun?

In this funny, acutely observed and engaging social history, Brian Viner celebrates the holidaying British, with their quirks and their quinine tablets, and their blithe assumption that the elderly man selling oranges at the roadside in Corfu, so photogenic with his walnut face and three teeth, must surely understand just a few, uncomplicated English sentences. He examines the fortnight-long cruise at one end of the holiday spectrum, and a day's rambling in the Lake District at the other. He looks at how the holidaying British evolved into the big-spending, many-headed beast we know today, by recalling not only the holidays that we took as children, but the holidays our grandparents, and their grandparents, took.

Brian Viner was born in 1961 and grew up in Southport, Lancashire. He was the Mail on Sunday's award-winning television critic between 1995 and 1999, since when he has been a columnist on the Independent. He lives with his family in Herefordshire.

GOR004020202
Cream Teas, Traffic Jams and Sunburn: The Great British Holiday by Brian Viner
Brian Viner
Used - Very Good
Paperback
Simon & Schuster Ltd
2012-05-24
320
1847398774
9781847398772
N/A
Book picture is for illustrative purposes only, actual binding, cover or edition may vary.
This is a used book - there is no escaping the fact it has been read by someone else and it will show signs of wear and previous use. Overall we expect it to be in very good condition, but if you are not entirely satisfied please get in touch with us.