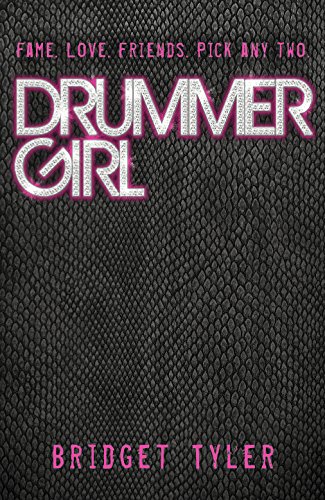 Used Price
$16.99
inc. GST
Free Shipping in Australia
How did it come to this? Lucy Gosling is the drummer in Crush, a rock band formed by five London schoolgirls, that has just won the UK semi-final of an international talent contest.
Reviews:
Trustpilot
Very Good Good

It was supposed to be the summer of her life. Instead, seventeen-year-old Lucy finds her best friend Harper shot dead in an LA swimming pool. How did it come to this? Lucy Gosling is the drummer in Crush, a rock band formed by five London schoolgirls, that has just won the UK semi-final of an international talent contest. But when the band lands in Hollywood for the big final, things are not quite as they seem. Their lead singer, Harper, has just one thing on her mind - using sex, drugs and rock and roll, not to mention Crush itself, to win back her bad-news ex-boyfriend. Lucy must decide whether she's playing to Harper's tune, or setting the rhythm for the rest of the band...

Huge recommendation, one of the top teen contemporaries over the year so far * The Book Bag *
'an emotional and entertaining read' * A Readers Review *
'Addictively readable novel' * BookTrust *
'What I got from Drummer Girl was completely unexpected, but brilliant all the same.' * Readaraptor *
'packed full of awesomeness' * Much Loved Books *
'I quite literally couldn't put it down.' * Overflowing Library *
'A great read, it was fun, flirty and deadly.' * Eventide Reviews *
'dramatic, fast paced, and had an constant element of suspicion throughout' * Books and Writers Jnr *
'an addictive read that I struggled to put down, cleverly written and paced this is a definite must read for any music fans. A fantastic debut' * Read and Repeat *

Bridget Tyler wrote her first story, an epic drama about zoo animals, aged four. Her grandfather was president of Oxford University Press in New York and later bought the children's list, filling Bridget's childhood home with stacks of classic British children's literature. She went on to study creative writing in New York and London while earning her degree from NYU. After graduation, Bridget moved to Hollywood and worked her way up from assistant to feature film executive. She is currently a writer on USA Network's hit television show, Burn Notice. Follow Bridget on Twitter: @California_b.

GOR005407231
Drummer Girl by Bridget Tyler
Bridget Tyler
Used - Very Good
Paperback
Templar Publishing
2013-05-01
368
1848776926
9781848776920
N/A
Book picture is for illustrative purposes only, actual binding, cover or edition may vary.
This is a used book - there is no escaping the fact it has been read by someone else and it will show signs of wear and previous use. Overall we expect it to be in very good condition, but if you are not entirely satisfied please get in touch with us.