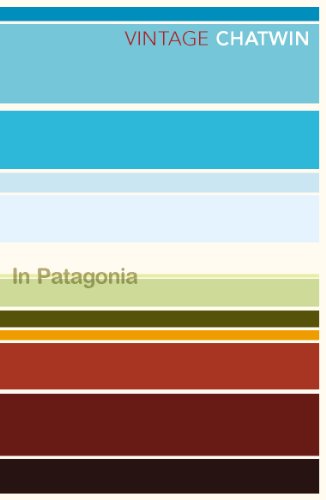 In Patagonia
by Bruce Chatwin

In Stock
$13.99
inc. GST
Beautifully written and full of wonderful descriptions and intriguing tales, In Patagonia is an account of Bruce Chatwin's travels to a remote country in search of a strange beast and his encounters with the people whose fascinating stories delay him on the road.
Very Good Good Well Read
41 in stock

In Patagonia by Bruce Chatwin

Bruce Chatwin sets off on a journey through South America in this wistful classic travel book With its unique, roving structure and beautiful descriptions, In Patagonia offers an original take on the age-old adventure tale. Bruce Chatwin's journey to a remote country in search of a strange beast brings along with it a cast of fascinating characters. Their stories delay him on the road, but will have you tearing through to the book's end.

"Elliptical and alive, this is a brilliant travel book" * Observer *
"It is hard to pin down what makes In Patagonia so unique, but, in the end, it is Chatwin's brilliant personality that makes it what it is... His form of travel was not about getting from A to B. It was about internal landscapes." * Sunday Times *
"The chameleon traveller...who wrote books in a genre of their own, and whose life was his own subtlest creation... a complex, flamboyantly gifted and rather tragic figure" -- Colin Thubron * Guardian *

Bruce Chatwin was born in Sheffield in 1940. After attending Marlborough School he began work as a porter at Sotheby's. Eight years later, having become one of Sotheby's youngest directors, he abandoned his job to pursue his passion for world travel. Between 1972 and 1975 he worked for the Sunday Times, before announcing his next departure in a telegram: 'Gone to Patagonia for six months.' This trip inspired the first of Chatwin's books, In Patagonia, which won the Hawthornden Prize and the E.M. Forster Award and launched his writing career. Two of his books have been made into feature films: The Viceroy of Ouidah (retitled Cobra Verde), directed by Werner Herzog, and Andrew Grieve's On the Black Hill. On publication The Songlines went straight to Number 1 in the Sunday Times bestseller list and remained in the top ten for nine months. On the Black Hill won the Whitbread First Novel Award while his novel Utz was nominated for the 1988 Booker Prize. He died in January 1989, aged forty-eight.

GOR001239930
In Patagonia by Bruce Chatwin
Bruce Chatwin
Used - Very Good
Paperback
Vintage Publishing
1998-12-03
288
0099769514
9780099769514
N/A
Book picture is for illustrative purposes only, actual binding, cover or edition may vary.
This is a used book - there is no escaping the fact it has been read by someone else and it will show signs of wear and previous use. Overall we expect it to be in very good condition, but if you are not entirely satisfied please get in touch with us.