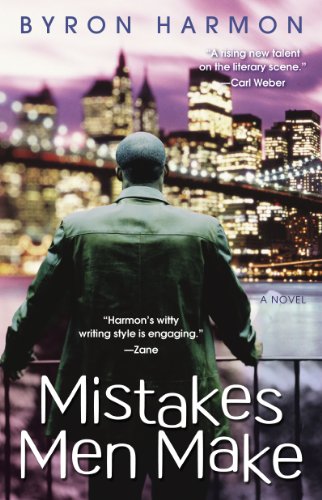 A true player never loses his game. But what happens when the rules are suddenly changed?
Former NFL star and perpetual playboy Eric Swift is tackling the Big Apple -- giving 100% to his new job as a TV sportscaster and 200% to New York City's throbbing nightlife and beautiful women. Even Eric's ultraconservative coanchor, Eden Alexander, can't resist his charms. But when Eden agrees to a date, she insists on choosing the location: the Black Baptist Church Convention, to witness revolutionary rapper-turned-preacher Reverend Francois. Eric might have missed the reverend's message, but when it comes to wooing Eden he doesn't miss a beat: Soon he's feigning his faith...while secretly indulging in sin on the side.
As Eric begins to bite off way more than he can chew, everyone around him seems to be falling apart. Eric's best friend LeBaron Brown and his new wife Phoenix are expecting their first child, but not without medical complications. Then Eric's indomitable father is hit with a serious illness. With Eden in the dark about Eric's escapades, his addictions continue to grow unchecked. Can Eric save himself from his inner demons and find a way to right all the wrongs in his life?]

Byron Harmon, a five-time Emmy Award-winning executive producer at CBS Television in New York, is the author of All the Women I've Loved and Crabs in a Barrel. A decorated U.S. Army combat veteran of Desert Storm, he lives in New York City. Visit his website at www.byronharmon.com.

GOR010105851
Mistakes Men Make by Byron Harmon
Byron Harmon
Used - Well Read
Paperback
Simon & Schuster
2005-07-18
304
074348309X
9780743483094
N/A
Book picture is for illustrative purposes only, actual binding, cover or edition may vary.
This is a used book - there is no escaping the fact it has been read by someone else and it will show signs of wear and previous use. Overall we expect it to be in very good condition, but if you are not entirely satisfied please get in touch with us.