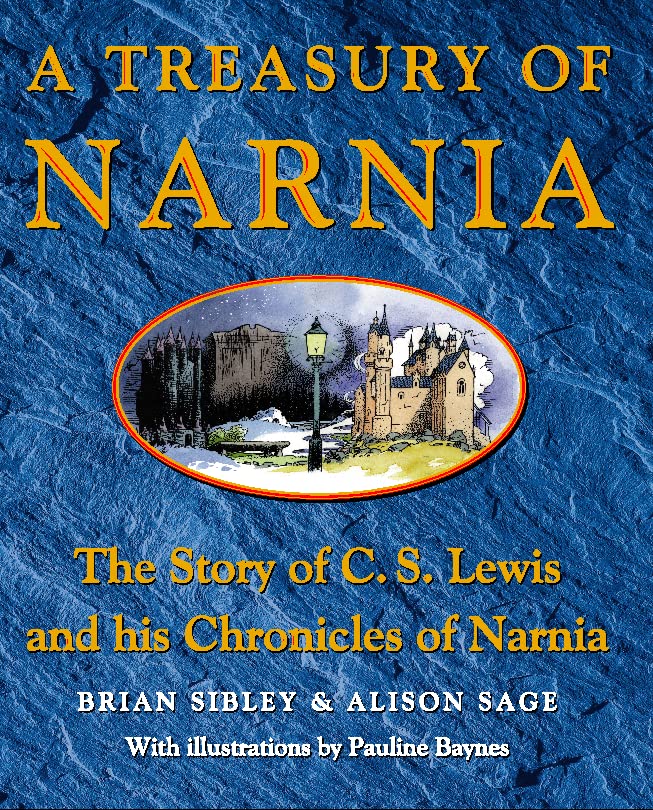 A Treasury of Narnia
by C. S. Lewis

Narnia fans of all ages will love this sumptuous, full-colour Treasury packed with information about C. S. Lewis and his most famous creation.

A Treasury of Narnia Summary

A Treasury of Narnia by C. S. Lewis

Narnia fans of all ages will love this sumptuous, full-colour Treasury packed with information about C. S. Lewis and his most famous creation.

If, like many readers of Narnia, you have secretly pushed against the back of a wardrobe to see if you could enter Lewis's magical land, this book is for you! It is an appreciation of Narnia and all things Narnian - Aslan, Earthmen, Marsh-wiggles, countries under the earth and across distant oceans - and of C. S. Lewis himself. Aimed both at children and adults, there are sections on different aspects of Narnian life and its customs, on the people who travelled to Narnia, on its rulers, wise or evil, and on the books themselves. It is illustrated throughout by Pauline Baynes's intricate drawings which are almost as much a part of Narnia as the text; there are also many early photographs of the author and his family, showing his childhood, his homes and his inspirations.

A Treasury of Narnia Reviews

Brian Sibley's fascination with C. S. Lewis began as a child. He is the author of Shadowlands: The Story of CSLewis and Joy Davidman, and the much-praised BBC radio serialisation of two Narnia titles. He was a consultant to the BBC film Shadowlands.
Alison Sage is a children's writer and editor and has been involved with children's books all her life. She is the compiler of The Hutchinson Treasury of Children's Literature.

GOR000957967
A Treasury of Narnia by C. S. Lewis
C. S. Lewis
Used - Very Good
Hardback
HarperCollins Publishers
1999-10-04
128
0001857169
9780001857162
N/A
Book picture is for illustrative purposes only, actual binding, cover or edition may vary.
This is a used book - there is no escaping the fact it has been read by someone else and it will show signs of wear and previous use. Overall we expect it to be in very good condition, but if you are not entirely satisfied please get in touch with us.