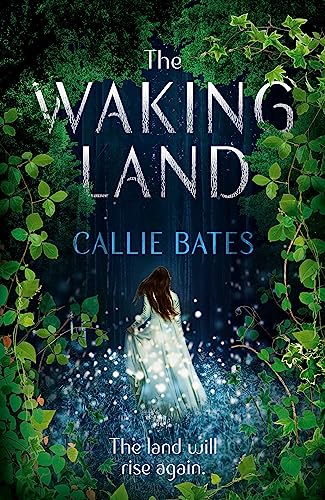 The Waking Land by Callie Bates

The Waking Land by Callie Bates

'Jump on the wagon now, because I think Bates is an author well worth watching' Robin Hobb

It's been fourteen years since Elanna was taken hostage. Fourteen years spent being raised by the King who defeated her traitorous father. A man she's come to love like family.

But when the King is killed and Elanna framed for his murder, she must flee for her life.

Her only hope is to reach her homeland, but her father wants to reignite his rebellion and use Elanna as a figurehead. He will tell his followers she is the goddess Wildegarde reborn, a warrior of legend who could make the very earth tremble.

But what no one knows is that magic really does flow through Elanna's veins. And now she must decide whether she'll use her powers to create peace... or to enact revenge.

Jump on the wagon now, because I think Bates is an author well worth watching -- Robin Hobb
A simmering tale of magic that builds to a raging inferno, and hits like a cross between Brandon Sanderson and Pierce Brown. -- Scott Sigler
Callie Bates has written an exciting and involving first book, and she is clearly a writer of real talent . * Terry Brooks *
A heartbreaking, enchanting, edge-of-the-seat read that held me captive from start to finish! -- Tamora Pierce
The Waking Land is all about rising to challenges, and it succeeds wonderfully. -- Charlaine Harris
The kind of enthusiastic fantasy debut that is always fun to wade into... For readers who delight in folklore-based fantasy, it's a joy to power through * SciFiNow *
Callie Bates is a writer, harpist and certified harp therapist, sometimes artist, and nature nerd. When she's not creating, she's hitting the trails or streets and exploring new places. She lives in the Upper Midwest. Her debut fantasy novel, THE WAKING LAND, is forthcoming in 2017. She occasionally writes nonfiction. Her essays have appeared in Shambhala Sun, The Best Buddhist Writing 2012, All Things Girl and online journals.
GOR011164846
9781473638754
1473638755
The Waking Land by Callie Bates
Callie Bates
The Waking Land Series
Used - Like New
Paperback
Hodder & Stoughton
2018-01-25
400
N/A
Book picture is for illustrative purposes only, actual binding, cover or edition may vary.
The book has been read, but looks new. The book cover has no visible wear, and the dust jacket is included if applicable. No missing or damaged pages, no tears, possible very minimal creasing, no underlining or highlighting of text, and no writing in the margins
Trustpilot