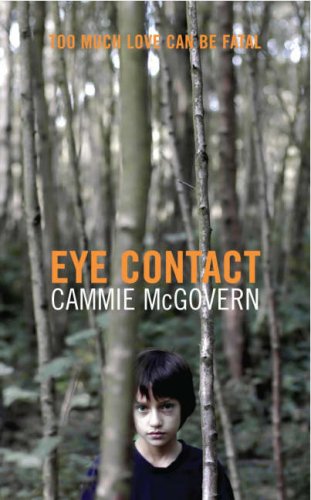 Used Price
$18.99
inc. GST
Free Shipping in Australia
When the body of a young girl is found in the woods adjoining an elementary school, the local community rally around the only witness to the killing, a nine year old boy with autism. As Adam withdraws into the unresponsive world of his early childhood, his mother searches for a way to draw him back. This is a story of the dangers of maternal love.
Reviews:
Trustpilot
Very Good

When the body of a young girl is found in the woods adjoining a local elementary school, the small community rally around the only witness to the killing - a nine year old boy with autism. As Adam threatens to regress, withdrawing into the silent and unresponsive world of his early childhood, his mother, Cara, desperately searches for a way to draw him back. She enlists the help of Morgan, a troubled twelve year old who has his own reasons for establishing a friendship with Adam, and together they set out to discover what Adam has seen but is seemingly unable to tell.

For Cara, this is not simply a matter of protecting her son from further harm. To the police detectives investigating the case and the teachers in whom she places her trust, Cara is determined to prove that, in his own way, Adam is as capable of making connections as any other child. As she moves dangerously close to exposing the truth, Cara is forced to confront her own past and begins to fear that by trying to protect the people she loves, she has made their worlds more dangerous.

Thrillingly suspenseful and utterly chilling, Eye Contact is the terrifying story of the dangers of maternal love.

Cammie McGovern is the mother of three young children, including one autistic boy. Eye Contact is her second novel. She lives in Massachusetts.

GOR006157074
Eye Contact by Cammie McGovern
Cammie McGovern
Used - Very Good
Hardback
Penguin Books Ltd
2006-02-23
304
0670916153
9780670916153
N/A
Book picture is for illustrative purposes only, actual binding, cover or edition may vary.
This is a used book - there is no escaping the fact it has been read by someone else and it will show signs of wear and previous use. Overall we expect it to be in very good condition, but if you are not entirely satisfied please get in touch with us.