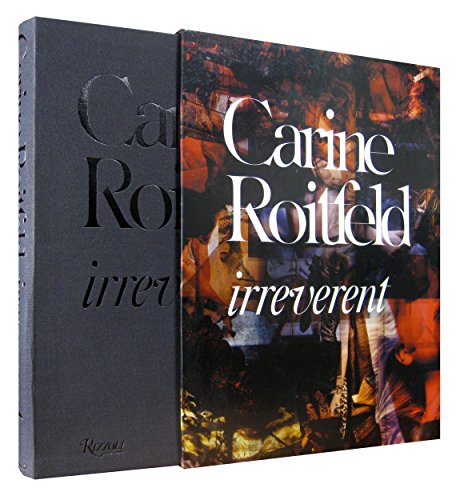 Out of Stock
$83.99
inc. GST
This volume will reflect the style and vision of Carine Roitfeld - a fashion editor, stylist, brand consultant and one of contemporary fashion's top trend-setters and style makers.
Very Good
Only 0 left

"Carine, and her vision of French Vogue, embodies all that the world likes to think of as Parisian style: a sense of chic that's impeccable and sometimes idiosyncratic and which forever lives on a moonlit street as seen through the lens of Helmut Newton."--Anna Wintour Karl Lagerfeld once said that if you close your eyes and imagine the ideal French woman, it would be Carine Roitfeld. She is a fashion visionary and a muse. Since the start of her career in the early 1990s, through her collaborations with the legendary photographer Mario Testino, Roitfeld has been credited with launching Tom Ford's career at Gucci, as well as turning French Vogue into one of the industry's most worshipped magazines.
This elegant volume is a visual history of Roitfeld's fearless career. A daring instigator, she is known for pushing the limits with her subversive styling ideas. Featuring a selection of 250 magazine tear sheets and covers from pivotal editorial shoots and advertising campaigns, as well as intimate visual ephemera, this book gives an inside view into Roitfeld's creative thought process and sensibility. A must-have for those interested in cutting-edge fashion and femininity, this book will empower women to follow Roitfeld's lead and take risks with their personal style.

"Roitfeld's latest endeavor, Irreverent (Rizzoli), is an aptly titled 368-page album of photographs culled over her 30-year career. Among images from some of her most famous, and most provocative, shoots--including Eva Herzigova posing with a lot of bloody boeuf for The Face in 1997 and last year's plastic-surgery story with Crystal Renn--are intimate, endearing snapshots of Roitfeld's partner, Christian Restoin, and their children, Julia and Vladimir. (In Roitfeld's world, the personal is the professional and vice versa.)" Vogue

"As I close it, I'm reminded of a line from Sunset Boulevard: "We gave the world new ways to dream." That is what Carine has given the world, and what this book will give forever. Cherish it." V Magazine

Carine Roitfeld is a legendary stylist and former editor in chief of French Vogue. Olivier Zahm is an art critic, renowned curator, and art director. He is the editor in chief of Purple Fashion. Alex Wiederin at Buero New York is creative director of Vogue Hommes International. His work in fashion, photography, and graphic design is highly acclaimed.

GOR008639704
Carine Roitfeld - Irreverent by Carine Roitfeld
Carine Roitfeld
Used - Very Good
Hardback
Rizzoli International Publications
2011-10-01
368
0847833682
9780847833689
N/A
Book picture is for illustrative purposes only, actual binding, cover or edition may vary.
This is a used book - there is no escaping the fact it has been read by someone else and it will show signs of wear and previous use. Overall we expect it to be in very good condition, but if you are not entirely satisfied please get in touch with us.