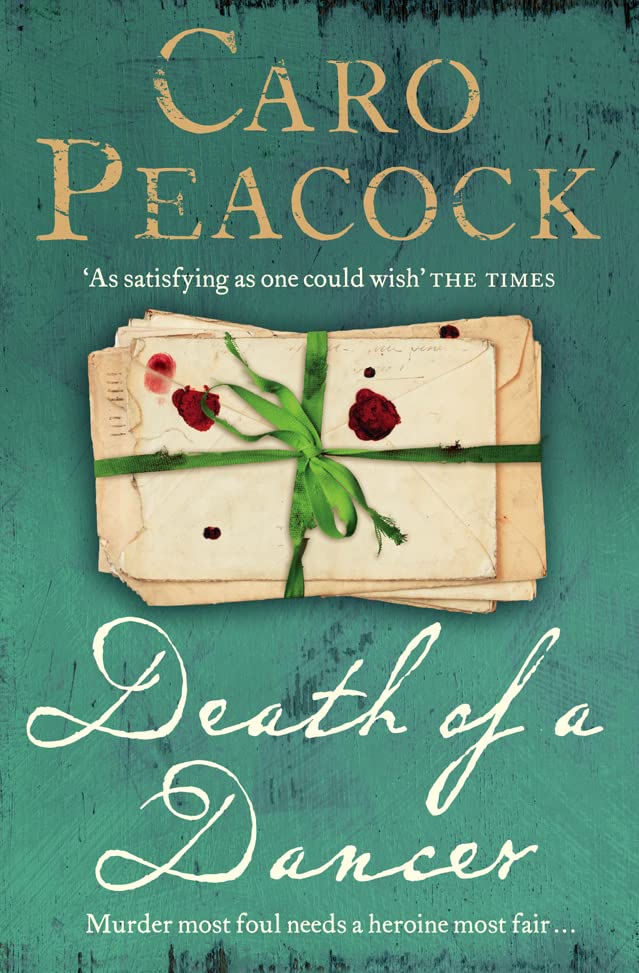 Death of a Dancer
by Caro Peacock

Duelling, derring-do, and dastardly deeds are all in a day's work for Liberty Lane, a new heroine for fans of Georgette Heyer and Sarah Waters's Victorian novels.

Death of a Dancer Summary

Death of a Dancer by Caro Peacock

Duelling, derring-do, and dastardly deeds are all in a day's work for Liberty Lane, a new heroine for fans of Georgette Heyer and Sarah Waters's Victorian novels.

The Augustus theatre likes to put on a good show. But when a public spat erupts between two dancers on the London stage, it comes to a dramatic conclusion that definitely wasn't part of the script: one dead, the other arrested for murder. As far as the jury's concerned, it's an open-and-shut case, but Liberty Lane believes otherwise.

Soon she's leading her own investigation, in a desperate race against the hangman's noose. And while the criminal underworld may be no place for a lady, there's no place for a criminal to hide once Liberty's on the case...

Death of a Dancer Reviews

Praise for `Death of a Dancer':

`A terrific page-turner in the tradition of Georgette Heyer, written with great enthusiasm and verve' Guardian

Praise for `Death at Dawn':

`Fast-paced and lively... this historical drama will keep you intrigued - definitely hard to put down!' My Weekly

Caro Peacock acquired the reading habit from her childhood growing up in a farmhouse. Later, she developed an interest in women in Victorian society and from this grew the character of Liberty Lane. She rides, climbs and trampolines as well as enjoys the study of wild flowers.

GOR000938625
Death of a Dancer by Caro Peacock
Caro Peacock
Used - Very Good
Paperback
HarperCollins Publishers
2008-10-01
384
0007244215
9780007244218
N/A
Book picture is for illustrative purposes only, actual binding, cover or edition may vary.
This is a used book - there is no escaping the fact it has been read by someone else and it will show signs of wear and previous use. Overall we expect it to be in very good condition, but if you are not entirely satisfied please get in touch with us.