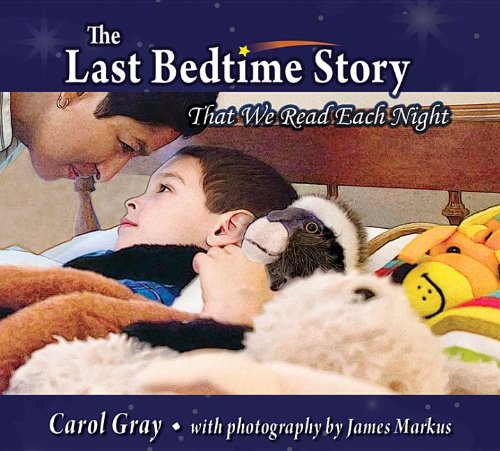 The Last Bedtime Story That We Read Each Night Summary

Every child begs for "one more story" before bed. Finally we have, clearly and gently defined by Carol Gray, The Last Bedtime Story.In tests, this has ended bedtime arguments within one night! What parent doesn't want that?By clearly and warmly stating that this is The Last Bedtime Story, kids rest up while reading. They know there are no more stories to be begged for. They are reading the last one. And Carol was very careful to make the book easy to read in less than one minute. Short, sweet, reassuring, and to-the-point - this instant classic helps puts your kids to sleep. The biggest question that remains is - Why didn't anyone think of it sooner?

Customer Reviews - The Last Bedtime Story That We Read Each Night

Carol Gray is the Director of The Gray Center for Social Learning and Understanding in Grand Rapids, Michigan. She has completed over 22 years of employment with Jenison Public Schools in Jenison, Michigan, initially as a teacher with students with autism spectrum disorders (ASD) and in recent years as a consultant to students with ASD in inclusive educational programs. In 1991, Carol developed Social Stories and Comic Strip Conversations strategies that are used worldwide with children, adolescents, and adults with autism spectrum disorders (ASD). She has published several resources on topics related to children and adults with ASD, including articles on bullying, death and dying, and how to teach social understanding. She is the recipient of the Barbara Lipinski Award for her international contribution to the education and welfare of people with ASD. She is excited to reach out beyond the ASd world, to now reach ALL children, and say goodnight to them.

James Markus worked in the Creative Services dept of the Grand Rapids Press (Daily circulation about 140K, Sunday about 190K) as an advertising photographer for 20 years. In October of 2008 he left and started his own studio.James began taking photography seriously while very young and in the previous forty years has managed to maintain his passion for this fascinating art. He excels at many types of photography, and strives for excellence in all his work. James was voted top photographer in Grand Rapids Michigan in 2008.

GOR005874228
The Last Bedtime Story That We Read Each Night by Carol Gray
Carol Gray
Used - Very Good
Paperback
Future Horizons Incorporated
2012-03-15
32
1935567365
9781935567363
N/A
Book picture is for illustrative purposes only, actual binding, cover or edition may vary.
This is a used book - there is no escaping the fact it has been read by someone else and it will show signs of wear and previous use. Overall we expect it to be in very good condition, but if you are not entirely satisfied please get in touch with us.