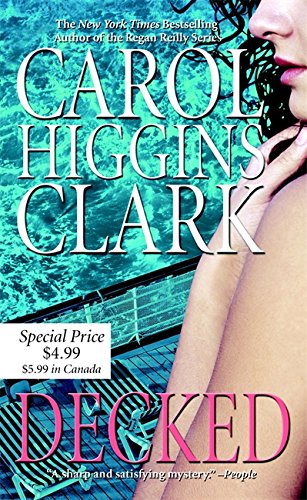 Out of Stock
$18.49
inc. GST
This first installment in the Regan Reilly detective series is being reissued with a new cover... It was nominated as Best First Novel for both the Agatha and Anthony Awards
Good
Only 0 left

The daughter of a successful mystery writer and a P.I. with pizzazz, Regan Reilly is attending her class reunion at St. Polycarp's England, when the long-dead body of her former roommate turns up under the bushes. It's a case Regan would love to solve, but a prior commitment puts her on a transatlantic cruise. She shouldn't have fretted. The clues to the crime are following her on the Queen Guinevere.

Here, on a ship awash with secret lovers, a fortune hunter, a jewel thief and an assassin, Regan is sailing home-and into the hands of a young girl's killer

Actress/writer Clark does her mother, Mary Higgins Clark, proud in this skilful cat-and-mouse debut. Clark deftly ties the plot playing out on the ocean liner to Athena's murder in a suspenseful climax in this lively series launch * PUBLISHERS WEEKLY *
A ripping yarn. * DAILY MAIL *

Carol Higgins Clark is the author of ten bestselling Regan Reilly mysteries, including DECKED which was nominated as Best First Novel for both the Agatha and Anthony Awards. She is the daughter of America's # 1 bestselling suspense writer, Mary Higgins Clark,