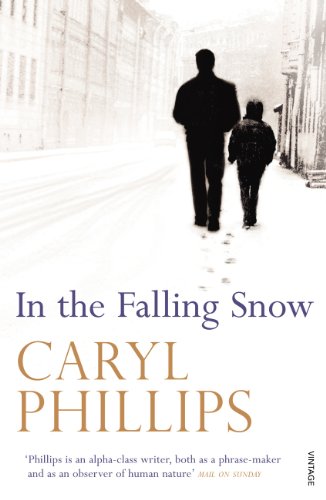 In the Falling Snow
by Caryl Phillips

In Stock
$10.99
+10% GST
Social worker Keith, separated from his wife and their teenage son, is floundering in a world of fraught sexual politics, parental responsibilities and class expectations.
Very Good
Only 4 left

In the Falling Snow Summary

In the Falling Snow by Caryl Phillips

Social worker Keith, separated from his wife and their teenage son, is floundering in a world of fraught sexual politics, parental responsibilities and class expectations. He takes refuge from his domestic problems in a long-cherished writing project and a renewed relationship with his aging father, who came to Britain as part of the windrush generation, but for the first time in his life he begins to feel extremely vulnerable as a black man in English society. Meanwhile Annabelle watches the man she married against the wishes of her parents struggle with his grip on reality. Despite their three year estrangement, she realises that they have no choice but to close ranks if they are to protect their son from a world of street gangs and violence.

In the Falling Snow Reviews

Caryl Phillips was born in St Kitts and now lives in London and New York. He has written for television, radio, theatre and cinema and is the author of twelve works of fiction and non-fiction. Crossing the River was shortlisted for the 1993 Booker Prize and Caryl Phillips has won the Martin Luther King Memorial Prize, a Guggenheim Fellowship and the James Tait Black Memorial Prize, as well as being named the Sunday Times Young Writer of the Year 1992 and one of the Best of Young British Writers 1993. A Distant Shore won the Commonwealth Writers' Prize in 2004 and Dancing in the Dark was shortlisted in 2006.

GOR001971829
In the Falling Snow by Caryl Phillips
Caryl Phillips
Used - Very Good
Paperback
Vintage Publishing
2010-06-03
336
0099539748
9780099539742
N/A
Book picture is for illustrative purposes only, actual binding, cover or edition may vary.
This is a used book - there is no escaping the fact it has been read by someone else and it will show signs of wear and previous use. Overall we expect it to be in very good condition, but if you are not entirely satisfied please get in touch with us.