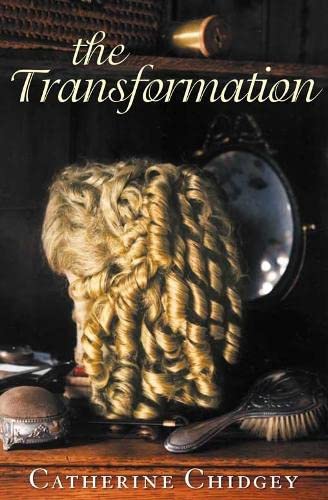 The Transformation
by Catherine Chidgey

In Stock
$25.49
inc. GST
A tale of enchantment and obsession
Good
Only 1 left

The Transformation by Catherine Chidgey

Tampa, Florida, 1898: a frontier where the old world meets the new. Dominating the town is the new Tampa Bay Hotel, a fairy-tale castle by the water's edge, and a winter magnet for the rich and famous. But the hotel has one permanent resident, the enigmatic and exotic Monsieur Goulet III, amateur phrenologist and wig-maker to anyone with pockets deep enough.

As the winter of 1898 nears its end, Goulet becomes entranced by the spectacular silver-blonde hair of a beautiful young widow, Marion Unger, and determines that the transformation it inspires him to create will be his masterpiece. But the raw material he needs is hard to come by, and so he is driven to increasingly extreme efforts. As the fates of widow and wigmakerbecome ever more tightly entwined, Goulet's true nature begins to show itself, until it becomes clear that he will allow nothing to impede the progress of his ultimate transformation.

'Set in Tampa, Florida, in 1898, Chidgey evokes a world that is decadent, louche, colourful and verging on the gothic; a highly original read, and as beautiful as it is terrifying, this really is a novel to get lost in' Sunday Express

'Chidgey is a gifted writer, and her confident, commanding prose and vivid atmospherics hold the attention' Guardian

Catherine Chidgey was born in New Zealand in 1970. She is the author of In a Fishbone Church (1999), for which she received the Betty Trask Award, Golden Deeds (2000) and The Transformation (2005). Catherine Chidgey now lives in Dunedin

GOR004453737
The Transformation by Catherine Chidgey
Catherine Chidgey
Used - Good
Paperback
Pan Macmillan
2006-11-03
320
0330433237
9780330433235
N/A
Book picture is for illustrative purposes only, actual binding, cover or edition may vary.
The book has been read but remains in clean condition. All pages are intact and the cover is intact. Some minor wear to the spine.