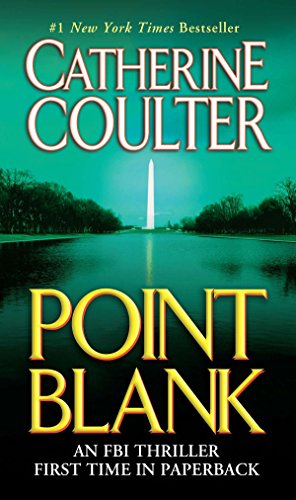 In Stock
$11.49
+10% GST
FBI agents Lacey Sherlock and Dillon Savich face the most dangerous case of their careers, and it all begins when Savich is nearly killed while trying to rescue a kidnapped entertainer.
Very Good Good
Only 1 left

Agents Lacey Sherlock and Dillon Savich are up against an unstable villain with a very long memory in this FBI Thriller from #1 New York Times bestselling author Catherine Coulter.

The explosive action kicks off as treasure-hunting FBI agent Ruth Warnecki is on the trail of stolen Confederate gold hidden in Winkel's cave in western Virginia. She never expects to find herself chin-deep in a grisly murder that leaves her nearly dead and rocks the town of Maestro.

Then, at a stake-out in Maryland, FBI agents Dillon Savich and Dane Carver are nearly killed in a horrific explosion while attempting to rescue kidnap victim, Pinky Womack. They are led to Arlington National Cemetery where they not only find Pinky, but Savich also takes a fateful call on his cell from an old man out to kill both him and Sherlock. The thing is they have no clue why.

Pitted against an insane killer and his psychotic teenage girlfriend, Savich and Sherlock find themselves fighting a hate-driven villain with a grudge worth killing for...

"This terrific thriller will drag you into its chilling web of terror and not let go until the last paragraph...A ripping good read."--The San Francisco Examiner

"A good storyteller...Coulter always keeps the pace brisk."--Fort Worth Star-Telegram

Catherine Coulter is the #1 New York Times bestselling author of the FBI Thrillers featuring husband and wife team Dillon Savich and Lacey Sherlock. She is also the author--with J. T. Ellison--of the Brit in the FBI series. She lives in Sausalito, California.

GOR001936170
Point Blank by Catherine Coulter
Catherine Coulter
FBI Thriller
Used - Very Good
Paperback
Unknown
0
0515141682
9780515141689
N/A
Book picture is for illustrative purposes only, actual binding, cover or edition may vary.
This is a used book - there is no escaping the fact it has been read by someone else and it will show signs of wear and previous use. Overall we expect it to be in very good condition, but if you are not entirely satisfied please get in touch with us.