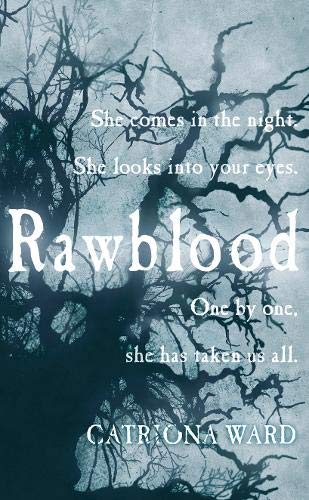 She comes in the night.
She looks into your eyes.
One by one, she has taken us all.

For generations they have died young.
Now Iris and her father are the last of the Villarca line.
Their disease confines them to a lonely mansion on Dartmoor; their disease means they must die alone.
But Iris breaks her promise to hide from the world. She dares to fall in love.
And only then do they understand the true horror of the Villarca curse.

Catriona Ward was born in Washington DC and grew up in the US, Kenya, Madagascar, Yemen and Morocco. She now lives in London where she works as a writer and researcher for Bianca Jagger's human rights foundation. Rawblood is her first novel.

GOR007087884
Rawblood by Catriona Ward
Catriona Ward
Used - Very Good
Paperback
Orion Publishing Co
2015-09-24
320
0297609653
9780297609650
Short-listed for Authors' Club Best First Novel Award 2016
Book picture is for illustrative purposes only, actual binding, cover or edition may vary.
This is a used book - there is no escaping the fact it has been read by someone else and it will show signs of wear and previous use. Overall we expect it to be in very good condition, but if you are not entirely satisfied please get in touch with us.