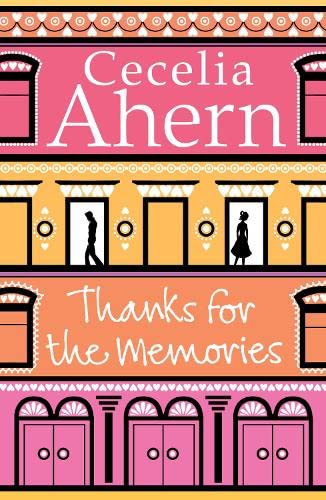 Thanks for the Memories
by Cecelia Ahern

A compelling and perceptive tale of intimacy, memory and relationships from the bestselling author

Thanks for the Memories Summary

Thanks for the Memories by Cecelia Ahern

A compelling and perceptive tale of intimacy, memory and relationships from the bestselling author

How can you know someone you've never met?

Joyce Conway remembers things she shouldn't. She knows about tiny cobbled streets in Paris, which she has never visited. And every night she dreams about an unknown little girl with blonde hair.

When she leaves hospital after a terrible accident, with her life and her marriage in pieces, Joyce moves back in with her elderly father. All the while, a strong sense of deja vu is overwhelming her and she can't figure out why...

Justin Hitchcock is divorced, lonely and restless. He arrives in Dublin to give a lecture on art and meets attractive doctor Sarah, who persuades him to donate blood. It's the first thing to come straight from his heart in a long time.

When Justin receives a basket of muffins with a note simply saying thank you, he is sure someone is playing a trick on him. But then a series of gifts begin to arrive. Intrigued and disturbed, Justin is determined to find out who is sending them. What he discovers will change his life forever.

Thanks for the Memories Reviews

'A wonderfully warm and witty debut from a terrific new writer...This exceptional novel about bereavement, friendship and lost love is both heartbreaking and uplifting' Express

'A heartwarming, completely absorbing tale of love and friendship' Company

GOR000524855
Thanks for the Memories by Cecelia Ahern
Cecelia Ahern
Used - Very Good
Paperback
HarperCollins Publishers
2008-04-01
386
000723368X
9780007233687
Short-listed for Galaxy British Book Awards: Sainsbury's Popular Fiction Award 2009 Short-listed for Romantic Novel of the Year Award 2009
Book picture is for illustrative purposes only, actual binding, cover or edition may vary.
This is a used book - there is no escaping the fact it has been read by someone else and it will show signs of wear and previous use. Overall we expect it to be in very good condition, but if you are not entirely satisfied please get in touch with us.