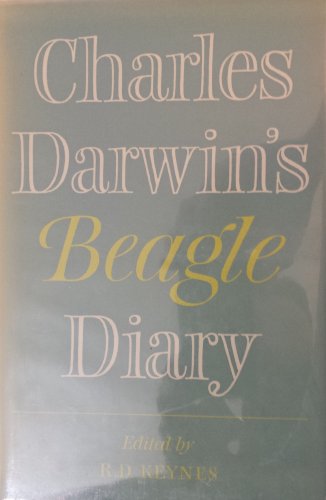 In Stock
$20.99
+10% GST
A fascinating record of one of the most famous journeys ever made, providing an accurate historical document as well as an evocative travelogue that conveys Charles Darwin's personal account of the voyage with freshness and immediacy.
Very Good
Only 1 left

On 27th December 1831, HMS Beagle set out from Plymouth under the command of Captain Robert Fitzroy on a voyage that lasted nearly 5 years. The purpose of the trip was to complete a survey of the southern coasts of South America, and afterwards to circumnavigate the globe. The ship's geologist and naturalist was Charles Darwin. Darwin kept a diary throughout the voyage in which he recorded his daily activities, not only on board the ship but also during the several long journeys that he made on horseback in Patagonia and Chile. His entries tell the story of one of the most important scientific journeys ever made with matchless immediacy and vivid descriptiveness.

Richard Darwin Keynes is Emeritus Professor of Physiology at the University of Cambridge, and fellow of Churchill College, Cambridge. In parallel with research and teaching on physiology and biophysics, he has a long-standing interest in the voyage of the Beagle, and has also edited The Beagle Record (1979) and Charles Darwin's Zoology Notes and Specimen Lists from the H. M. S. Beagle (2000).

GOR009720883
Charles Darwin's Beagle Diary by Charles Darwin
Charles Darwin
Used - Very Good
Hardback
Cambridge University Press
1988-07-21
512
0521235030
9780521235037
N/A
Book picture is for illustrative purposes only, actual binding, cover or edition may vary.
This is a used book - there is no escaping the fact it has been read by someone else and it will show signs of wear and previous use. Overall we expect it to be in very good condition, but if you are not entirely satisfied please get in touch with us.