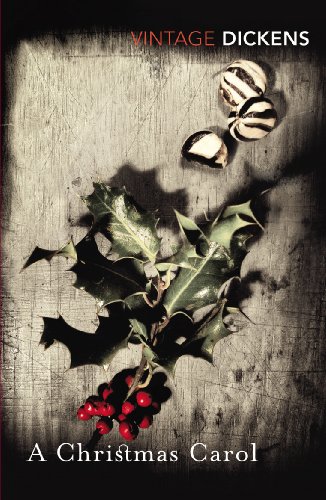 A Christmas Carol
by Charles Dickens

A Christmas Carol by Charles Dickens

Full of inspirational insights and hope, Dickens's A Christmas Carol is the ultimate Christmas present Ebenezer Scrooge is unimpressed by Christmas. He has no time for festivities or goodwill toward his fellow men and is only interested in money. Then, on the night of Christmas Eve, his life is changed by a series of ghostly visitations that show him some bitter truths about his choices. A Christmas Carol is Dickens's most influential book and a funny, clever and hugely enjoyable story. INCLUDES 'THE CHIMES' AND 'THE HAUNTED MAN'

"The cheerful poverty of the Cratchit family in A Christmas Carol, is a sure-fire tear-jerker. At one public reading by Dickens in Boston, there were "so many pocket handkerchiefs it looked as if a snowstorm had gotten into the hall"" * Sunday Express *
"It has it all: a spooky ghost story, a heartwarming redemption and a great plot with a satisfyingly happy ending" * The Times *
"A story which, perhaps more than any other, sums up the spirit of the British Christmas" * Sunday Telegraph *
"One of the great achievements of British culture" -- D.J. Taylor
"But that story endures and retains the power to move us because it speaks to the human heart, and gives us hope when hope is fading" -- Tony Parsons * Mirror *

GOR001626797
A Christmas Carol by Charles Dickens
Charles Dickens
Used - Very Good
Paperback
Ebury Publishing
2009-11-05
352
0099529734
9780099529736
N/A
Book picture is for illustrative purposes only, actual binding, cover or edition may vary.
This is a used book - there is no escaping the fact it has been read by someone else and it will show signs of wear and previous use. Overall we expect it to be in very good condition, but if you are not entirely satisfied please get in touch with us.