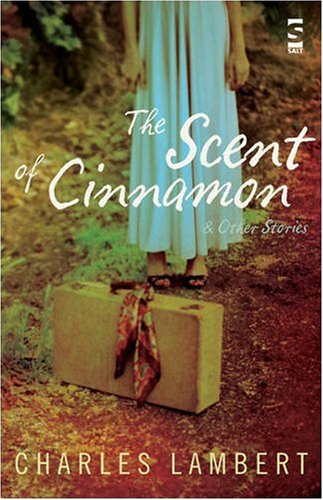 The Scent of Cinnamon
by Charles Lambert

These stories deal with life, love, loneliness, delusion, misunderstanding, death. Their settings range from the colonial outback in the late nineteenth century to contemporary city life. The writing is comic, dry, satirical, vivid, magical, disturbing, poignant, spare. They describe the world as it is, and as it might be.

The Scent of Cinnamon Summary

The Scent of Cinnamon: and Other Stories by Charles Lambert

These prize-winning stories deal with life, love, loneliness, delusion, misunderstanding, death. An office worker wakes to find his body invaded by a mysterious parasite. A desperate woman seeks escape through fire. A girl who knows only the forest is taken to the city for the first time. A solitary young boy conjures a girl from leaves to replace his twin sister. In one story a governess is forced to come to terms with the truth of the family she has loved and served, and the world in which she lives. In another, a one-night stand with a sadist triggers a meditation on sexual pleasure and serial killers. Some characters look for work, for ways to change their lives, for somewhere new to live; others for someone to love or be loved by, or to hurt. Not everyone is good. Not everyone is honest with himself or herself. Not everyone gets what they want, or deserve. The stories' settings range across time and space, from the colonial outback in the late nineteenth century to contemporary urban life in London and Rome and Paris, to both warring sides of the Second World War. The tone is comic, dry, satirical, vivid, magical, disturbing, poignant, spare. Not a word is wasted in these stories, which describe the world not only as it is and was, but also as it might be.

Customer Reviews - The Scent of Cinnamon

The Scent of Cinnamon Reviews

For Little Monsters: Beautifully written and crafted, and more compelling than many thrillers.

For Little Monsters: When I was thirteen, my father killed my mother' is an opening line that could go one of two ways. Thankfully, it pans out into a haunting novel, not a turgid misery. This is the story of a young girl ripped apart by grief, shunted off to an uncaring relative and, finally, finding the stability she craves in her Uncle Joey. But the chance to upset the equilibrium of human relationships is only ever a breath away.

This volume contains the best story I have read in several years, although the prize jury felt otherwise: Charles Lambert's "The Scent of Cinnamon". While other stories in the anthology push the creative boundaries of the short story form, Lambert's story is a classic short story in the O. Henry mould, complete with a surprise revealed at the end that adds a whole new dimension to what you have just read. The story is not one word longer than it should be, and every word is meaningful and well-chosen. The portrayal of longing amidst isolation is powerfully moving. This story is a work of art which should be taught in schools as a model of the form.

"The Scent of Cinnamon," a love story of heart-rending proportions, is written in a language that is simple and readable, yet one that rides on the undercurrent of the classics, and in most parts, modern-day magical realism. Intimate situations are probably the hardest to depict. In this beautiful story, Lambert proves himself a master.

Talented Charles Lambert presents "The Scent of Cinnamon," a memorable and haunting tale of an arranged marriage between a widow and a farmer. It's the kind of story you have to read twice, for the ending is so surprising - and so good - that rereading is the only way to make sense of it all.

Charles Lambert was born in Lichfield, the United Kingdom, in 1953. After going to eight different schools in the Midlands and Derbyshire, he won a scholarship to the University of Cambridge from 1972 to 1975. In 1976 he moved to Milan and, with brief interruptions in Ireland, Portugal and London, has lived and worked in Italy since then. Currently a university teacher, academic translator and freelance editor for international agencies, he now lives in Fondi, exactly halfway between Rome and Naples.

The Scent of Cinnamon

Moving the Needle Towards the Thread

Something Rich and Strange

GOR003043172
The Scent of Cinnamon: and Other Stories by Charles Lambert
Charles Lambert
Used - Very Good
Hardback
Salt Publishing
2008-10-15
304
1844714969
9781844714964
N/A
Book picture is for illustrative purposes only, actual binding, cover or edition may vary.
This is a used book - there is no escaping the fact it has been read by someone else and it will show signs of wear and previous use. Overall we expect it to be in very good condition, but if you are not entirely satisfied please get in touch with us.